The troops are gathering. 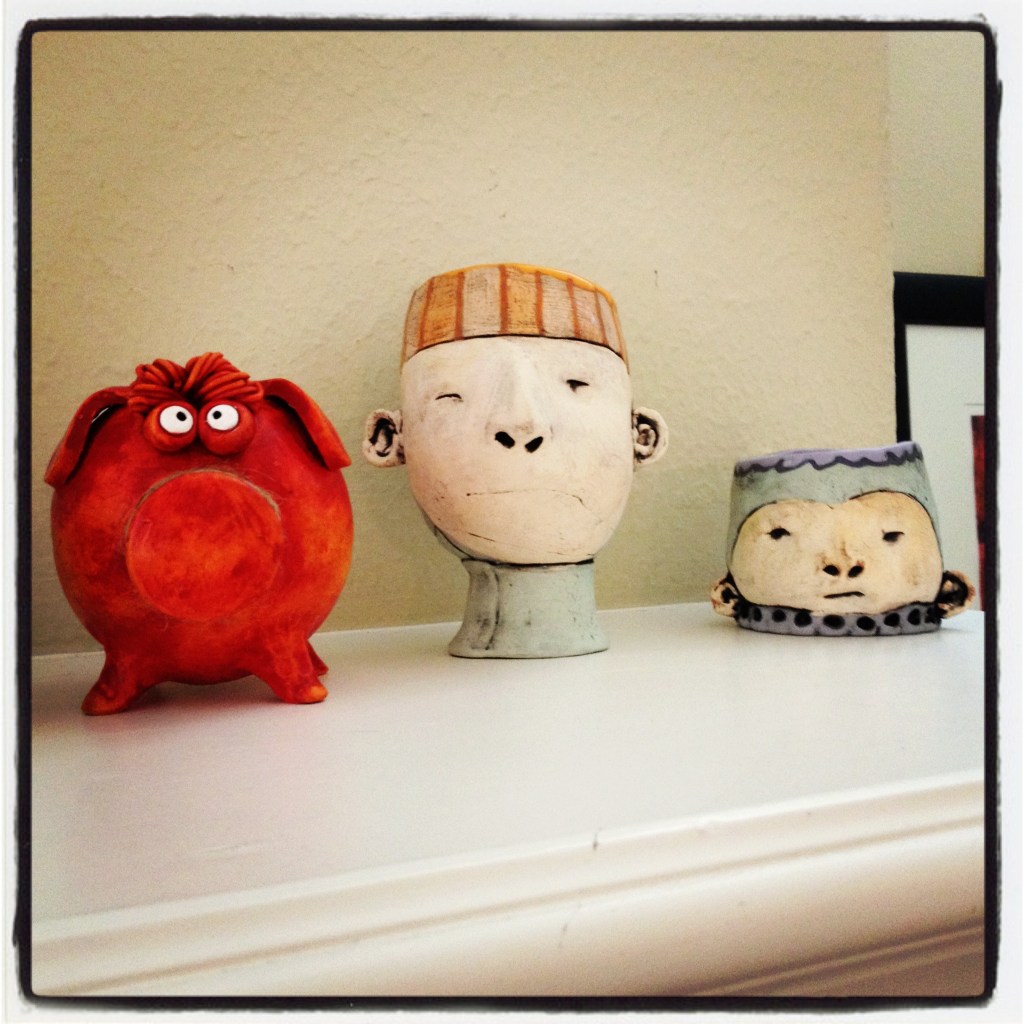 Wally is keeping a close eye on them, whilst appearing nonchalant. 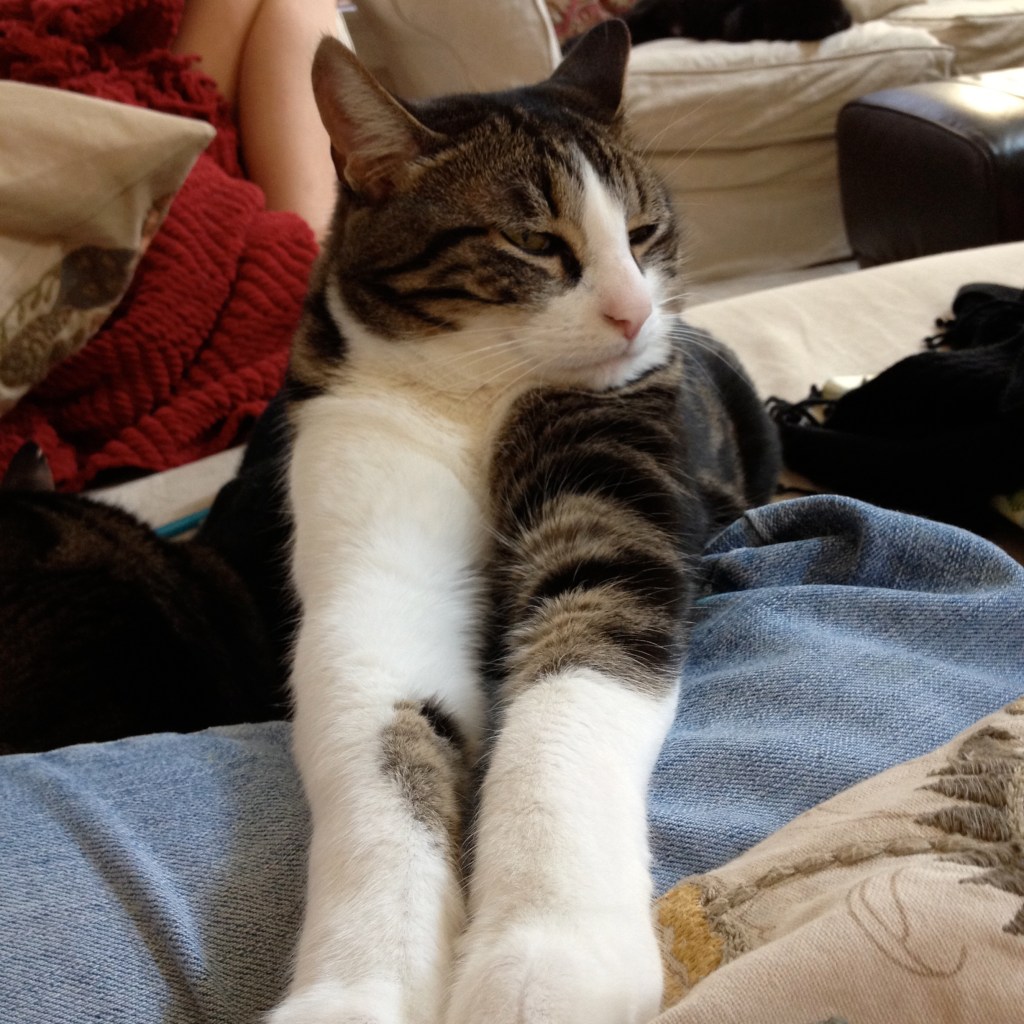 And Spencer is on high alert. 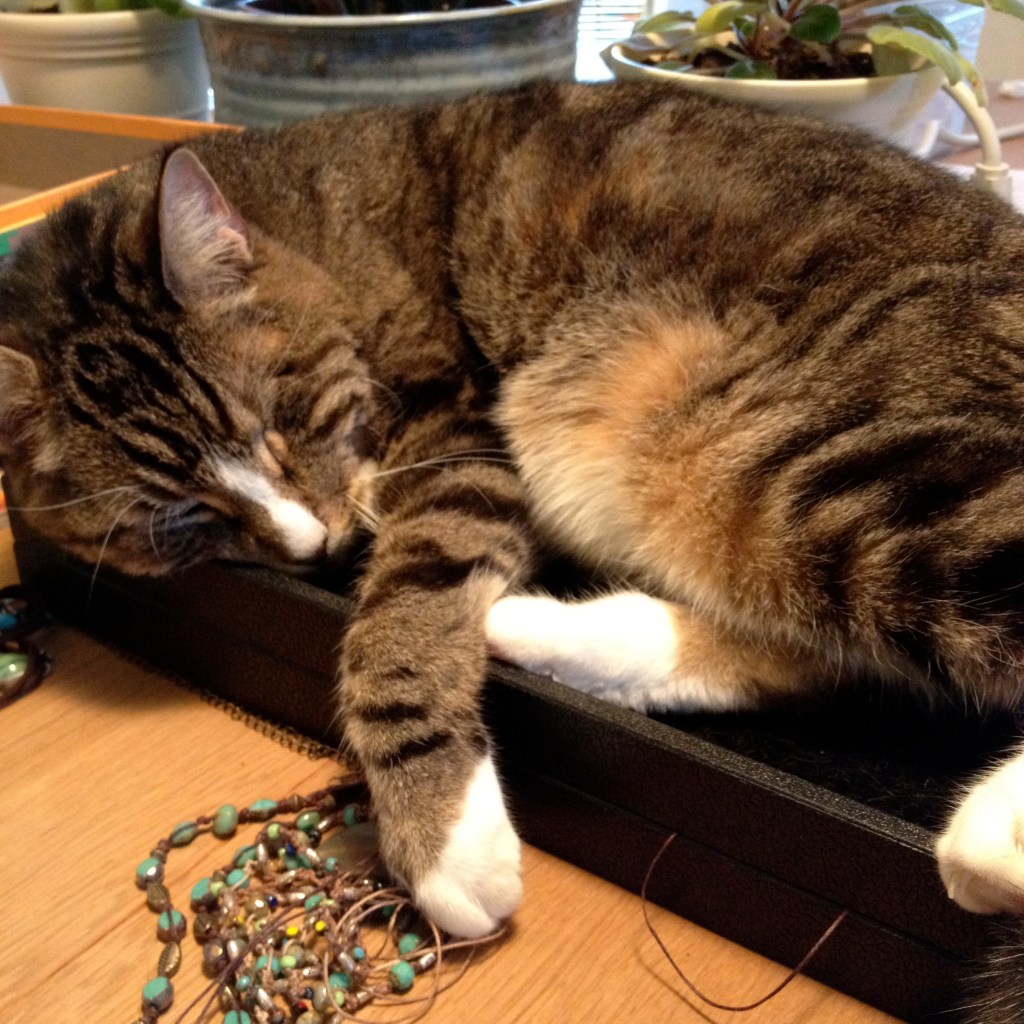 In a shrewd feign of guarding the jewels.

Pickles, not photographed here, is undercover.

Some might think that she is slightly ashamed of her body weight, but she is, in fact, a stealth cat bred for her amazing ability to avoid detection in covert operations.

Everyone is in their place. The atmosphere tense. Now, we just have to figure out why …

because it beats me. 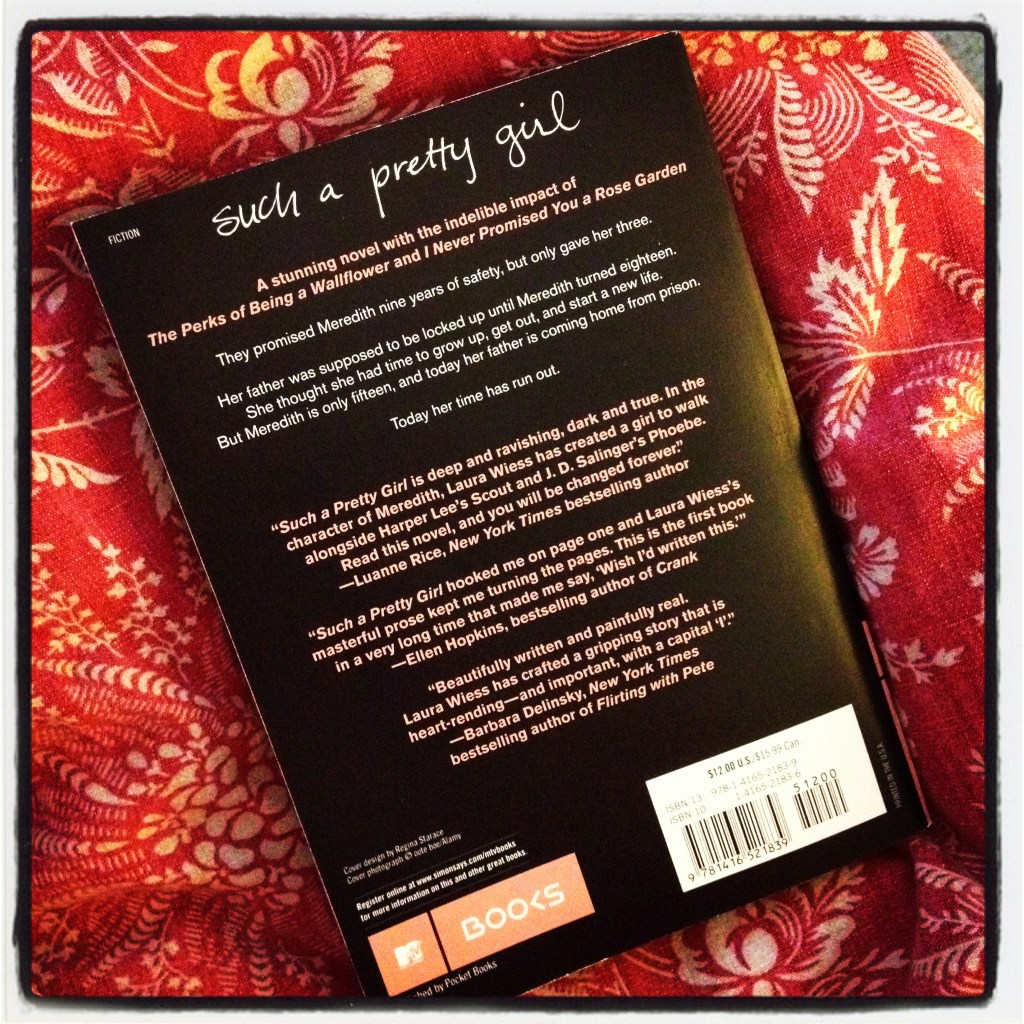 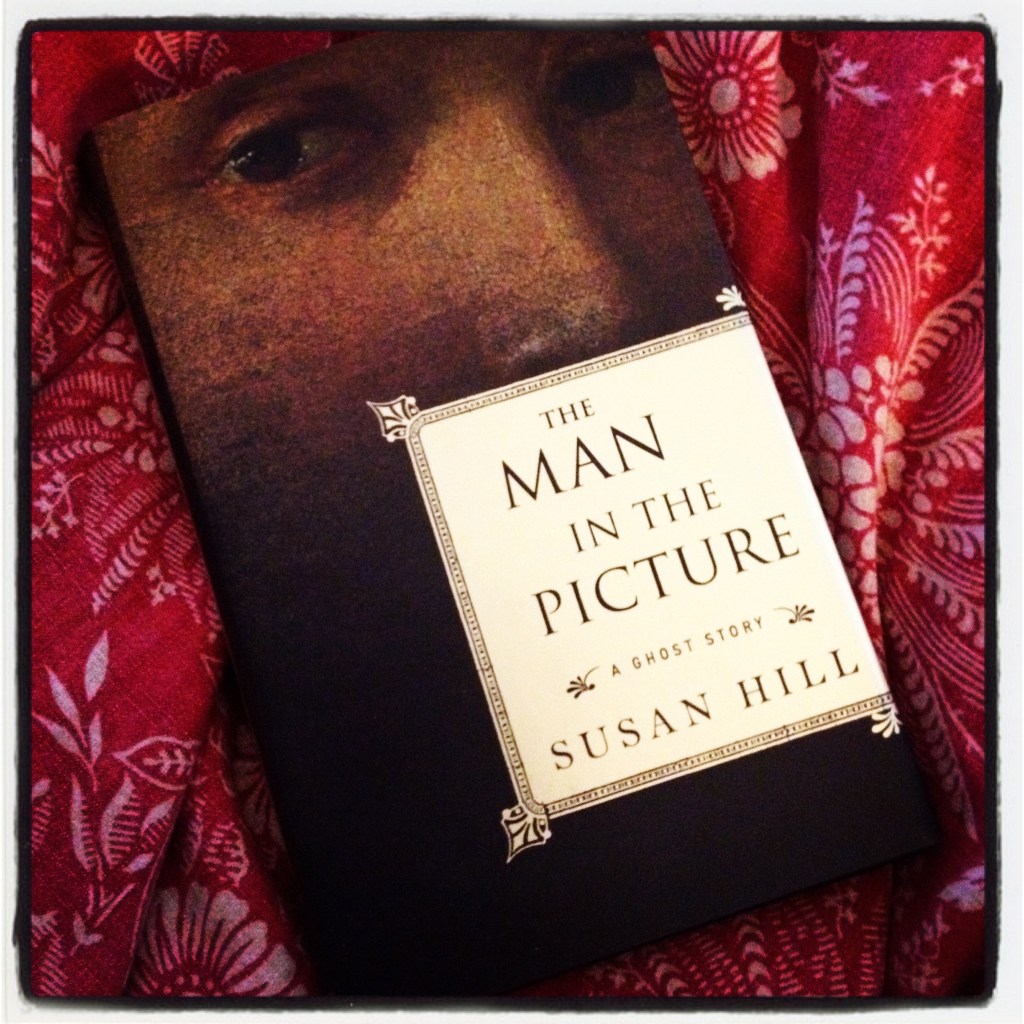 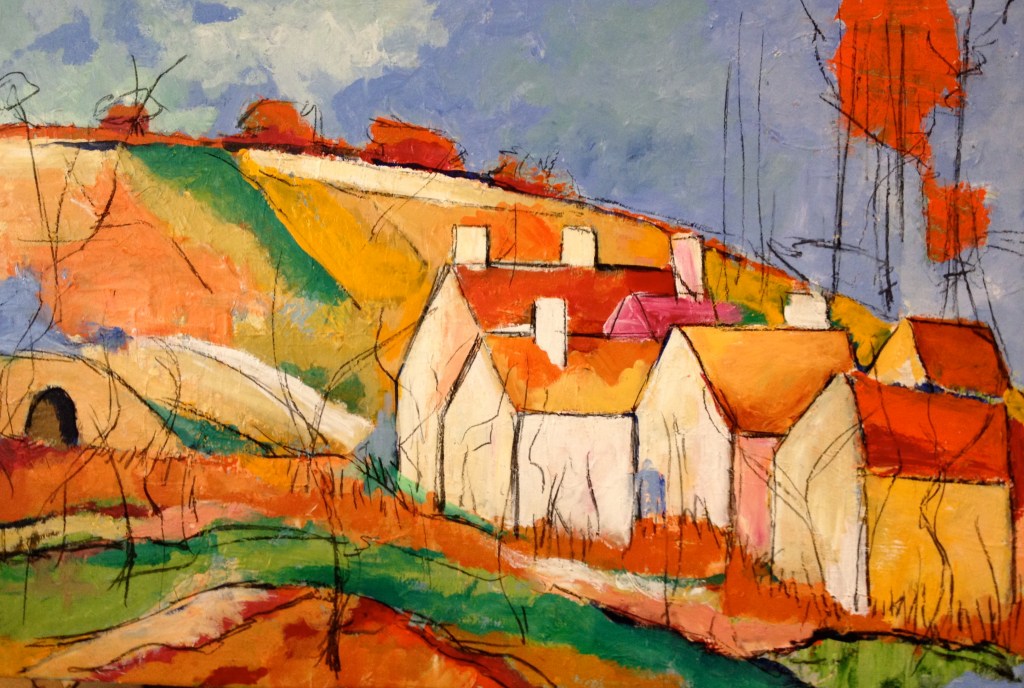 From past experience I can tell you that this last ‘started’ will probably not be ‘finished’ but will remain in a suspended state until I get my act together.

The act of which is also suspended …

Until un-suspended, it will bore a hole in my nerves until I throw all caution to the wind and decide to ignore my lack of faith and attempt to finish it.

Then I will promptly ruin it and vow never to pick up a paint brush again – until the next time.

Off now to make some more jewelry for Spencer to protect.

0 thoughts on “A disturbance in the ranks.”

Love your secret agent kitties – and your started painting. Beautiful!

thank you ashley. i love the peeps by the way 🙂

i know! the pig cracks me up.