Especially when I don’t know what I’m doing.

Or rather, I do know what I’m doing but I don’t really want to know.

My acetylene ran out yesterday. It’s been trying to run out for some time now but yesterday it gave a final, (pathetic really), puff and gave out. I made some cold connection earrings instead, but, today I knew I was going to have to go replace the old girl. 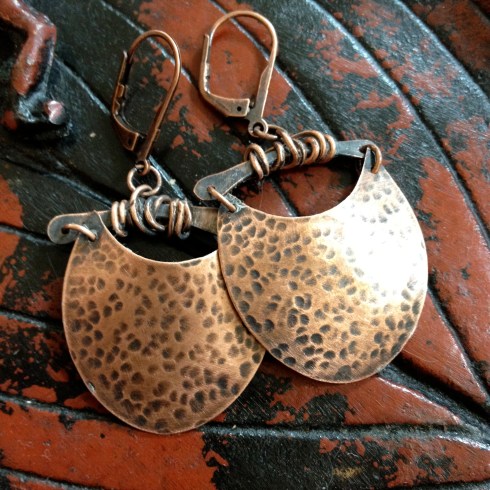 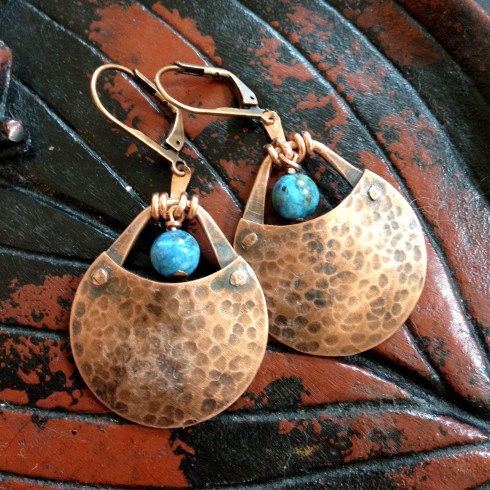 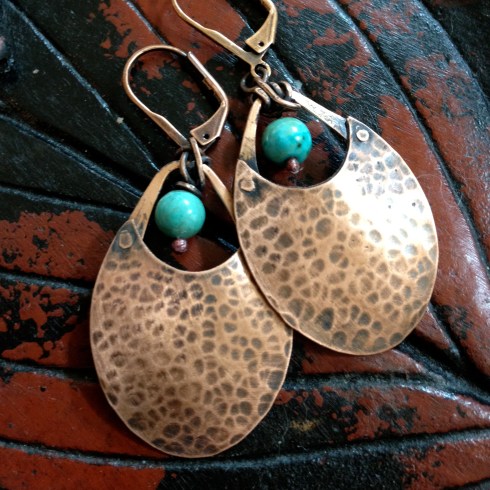 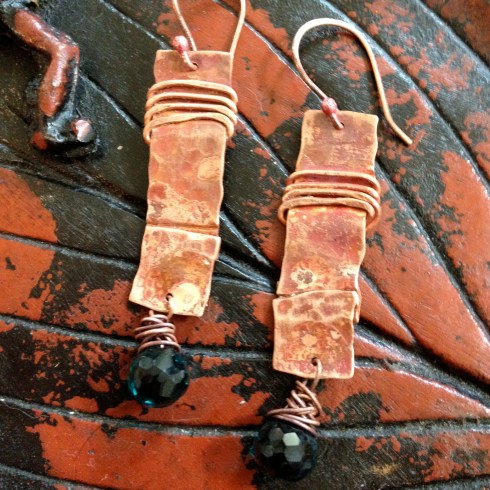 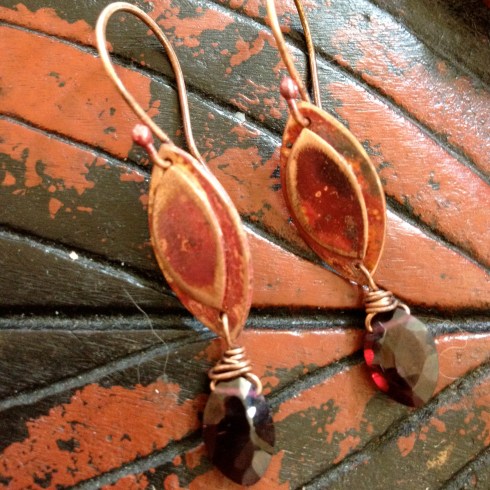 The last two I made with my little creme brulee torch.

Couple of things I don’t like about replacing the acetylene.

1. What if the neighbours see me lugging that big, somewhat dangerous looking, cylinder around.

I’m pretty sure the neighbours think I’m strange anyway, so perhaps that isn’t quite as important as the whole blowing up thing.

I put the tank in the car, wedging it between the back of the front passenger seat and the rear seat. It’s a sleek operation with all those electrical chair moving buttons gliding the chair into positions it’s never been before. I feel as though I’m preparing for take off or something way more exciting than a trip down the road, even if that trip is fraught with anxiety.

I hold on to the tank all the way to the gas place wondering what it feels like to have your hand blown off, and then I laugh, casually to myself, because that really isn’t going to happen. More likely my whole body will blow up at the same time leaving the hand worry somewhat redundant.

I try to imagine myself in some high trauma job, like bomb disposal, and pretend like I drive acetylene tanks around all day, just because. But, it doesn’t work as I know today is going to be the day I woke up unaware that I’m to be blown to pieces.

I ask S to come with me, but he says no. I ask B to come, but she says no. I feel bad that I’ve asked them. What if I blow them up too. Would that be fair. No. So, instead, I just feel sorry for myself and get on with the job in hand wondering why I have to pick a craft that can kill a person at any time. Perhaps it’s time to take up basket weaving.

Just as I get used to hauling around explosives in the car, I find the gas place has gone. It’s closed down. Abandoned like the Mary Celeste. A ghost shop. I call and they tell me they’ve moved (duh). I download map quest on my phone, (if you haven’t got this, get it, you can find out how to get to the nearest welding supplies shop any time you want with it), I call P when I realize I’ll be diving a fair way further. Does he know how painful it will be to blow up? He avoids the question which probably means very painful.

There’s a bit of a hiccup when the map woman tells me to do a left hand u turn for no apparent reason, but, after a moment of cussing (me, not her) she gives in, recalculates, and I finally find the new shop. I have to admit to the guy that I don’t want to remove the hose and pressure gauge myself as I don’t want to blow up. He reluctantly does it for me. Not in his job description I think to myself.

Now I have to make it home, on the freeway this time, hoping that all the other people on the road wont hit me. I follow a big, chemical tank truck, because it makes sense to me that if I go, we all go, but have to wonder, am I really in more danger than the guy passing me at 85 mph on his motorbike doing wheelies with no helmet, knee or elbow covering. Can you say carpet burn. (I know it will be concrete scrape but just the thought of carpet burns on concrete does my head it).

So I made it home o.k. I did make S take the tank back out to the studio. He moaned the whole way. Apparently it was heavy. Not too heavy for his poor ol’ mum with dodgy wrists though.

I haven’t used it yet. I’m about to go out there now. If you don’t hear from me again, rest assured, it will probably have been quick … 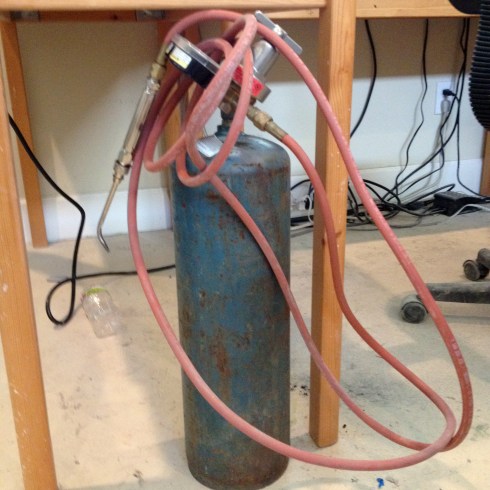 0 thoughts on “Sometimes it’s hard being me.”

Can I get off the moon before you blow 😉

welllll, i’ll have to see about that.

Coldfeetstudio, your trip had me at the edge of my seat, not because of the pretty real risk of blowing yourself up —clearly you made it back to tell the tale—, but because of how much you’re into it. Anyways, Kellie: I was actually concerned about all the marooned people up there. Glad you said something. =)

i live a touch and go life. perhaps i should work on getting them all back before disaster strikes.
darn, and i was feeling so free …