Start by cutting the wire. This time I used 18 gauge sterling silver which I cut into 1″ strips. This makes a small link just under half an inch long. I did want a chunkier feel but I’ve run out of 16 gauge wire, and 14 seemed too thick. I’m still bummed out that they don’t have 17 or 15 gauge at Rio, they obviously don’t know that I need wire in every size.

Hammer the ends of the wire slightly, As 18 gauge wire is fairly thin I used this nail file, 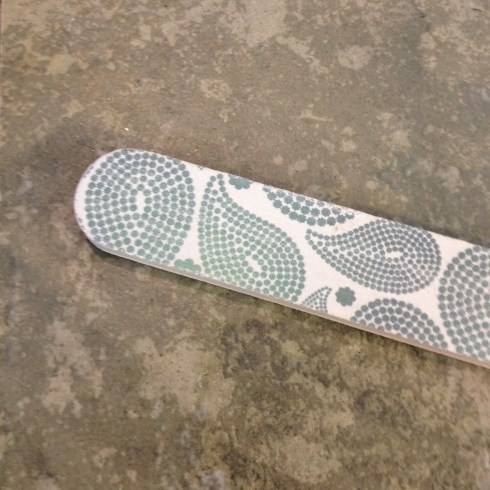 which I stole from my daughter. It works perfectly for small jobs, especially sanding the ends of ear wires. I have noticed, however, that the black ordinary ones seem better than these decorative ones. I know, weird, right.

With round nose pliers or your super cool multi whatever pliers turn the end of the wire as in the photo. 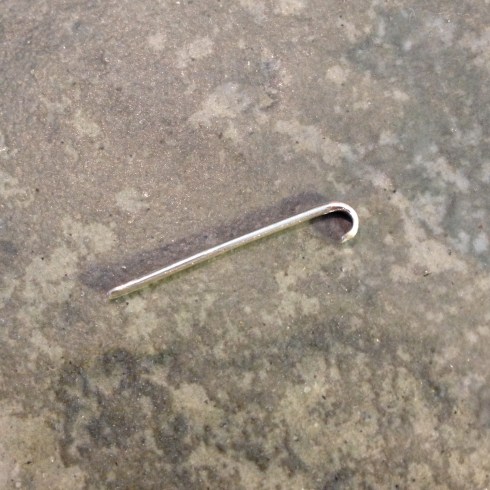 Now bend the wire in the opposite direction using a slightly larger part of the pliers. 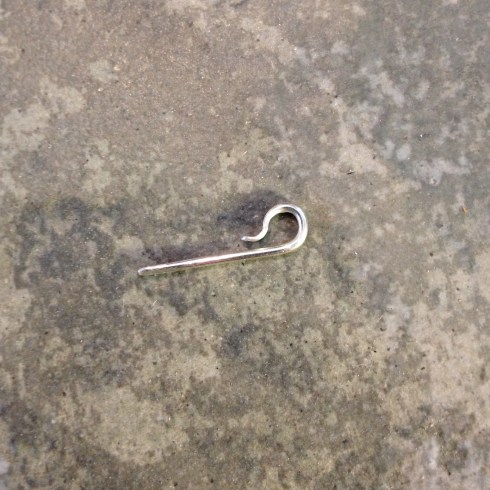 Now do the same at the other end. 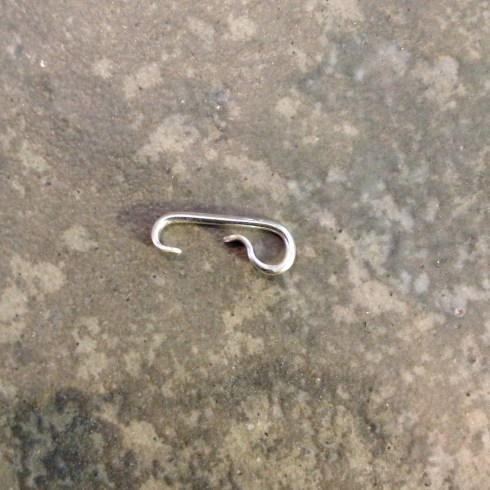 Notice that the curve at the new end looks as though I’ve done it the wrong way round. Don’t be fooled.

Now complete the next curve, as you did the second at the other end, to make the link. 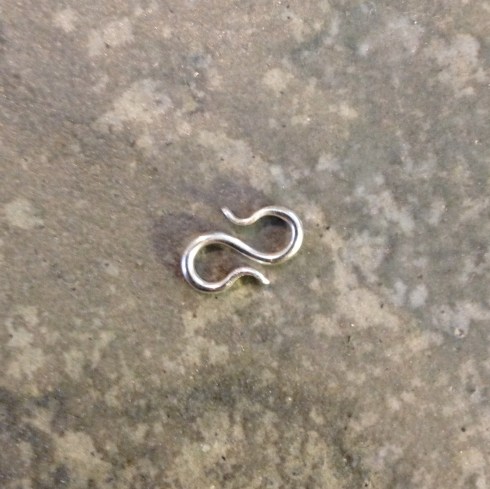 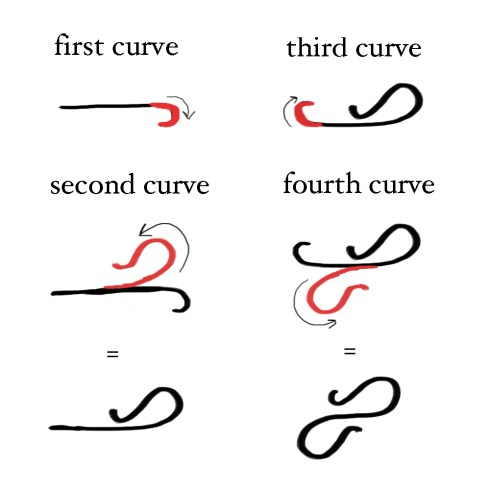 Rest assured, once you’ve done the first one, or three as in my case, it gets easier.

You might find that the link has bent out of shape somewhat depending on how well you managed to push the wire over the pliers with your fingers hurting so much, (there’s just something about bending those hard little pieces of wire that does a girls hands in), but, you can take your flat nose pliers and easily straighten the link up. 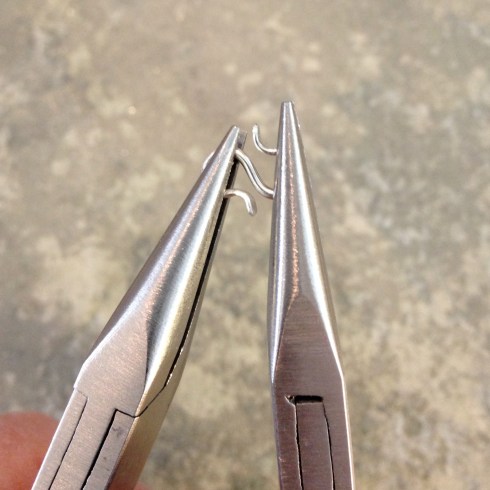 Now gently squash the middle part together with your round nose pliers. 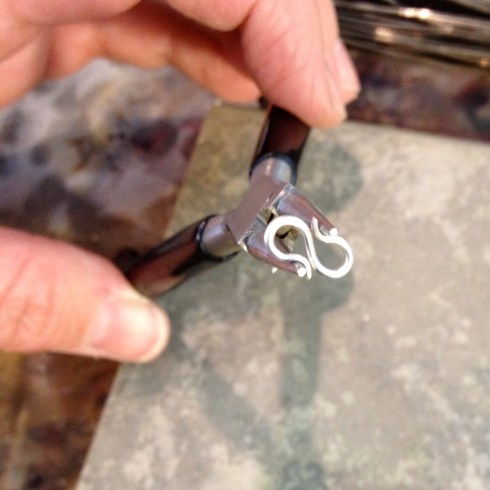 and use that special little trick to bring the link together more if the ends don’t completely touch the middle. 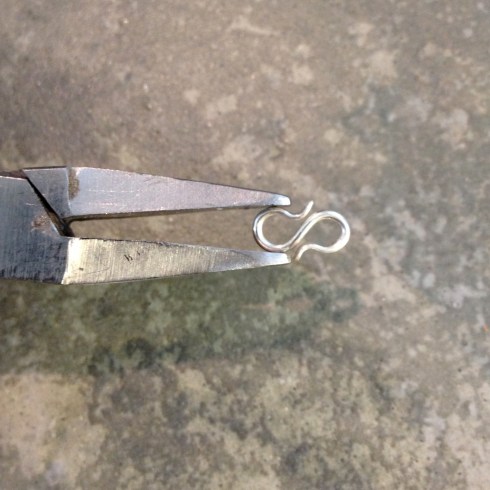 Now make it a friend. 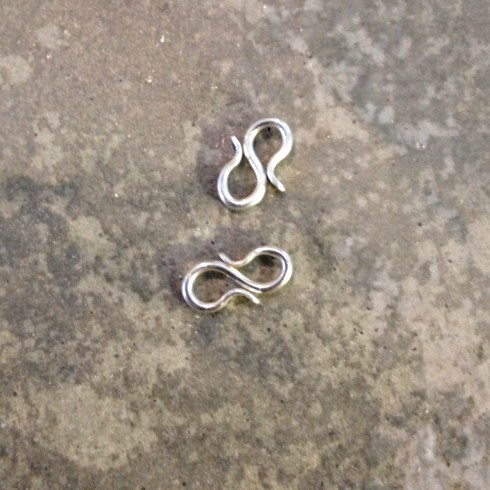 I joined my links together with a small jump ring 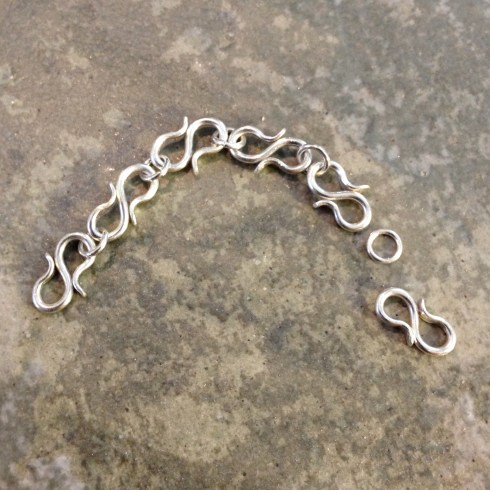 but you could also join the two together before closing the link.

Then I hung aquamarine beads from it and made it into a bracelet. 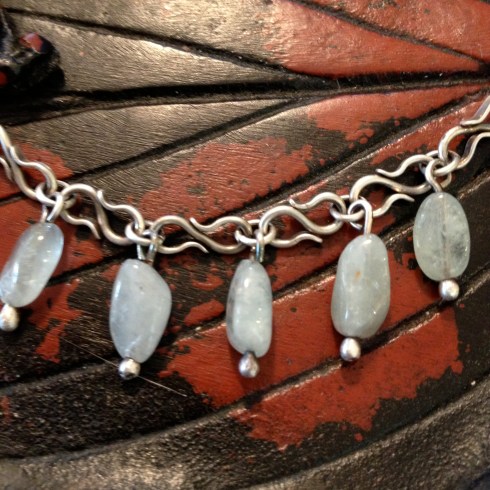 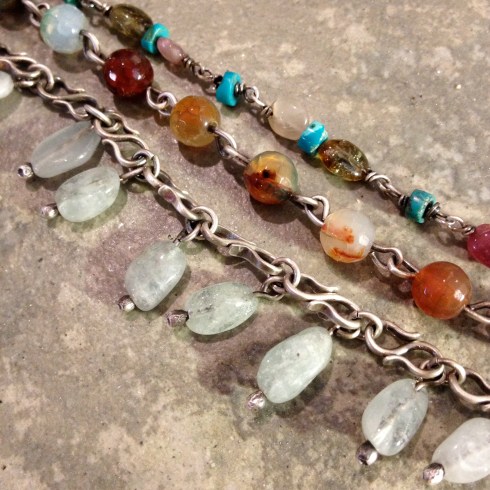 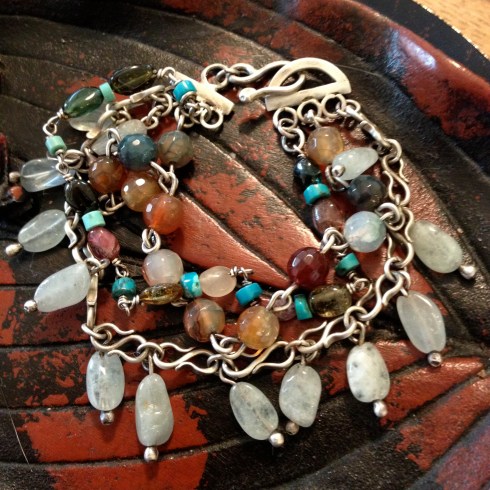 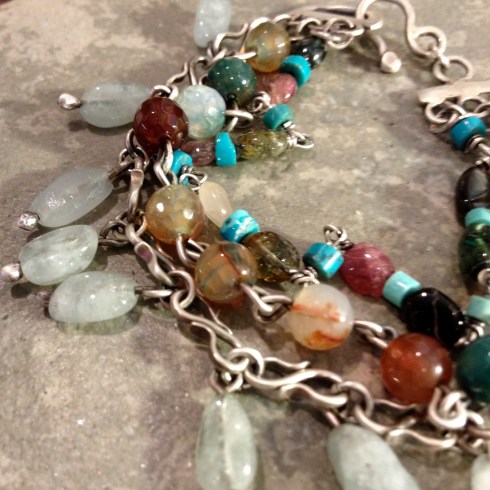 Before you get excited,

This chain is really nice but I had to do a lot of sanding to shave down some of those curved ends.

As I ran my finger over it I could tell that without eliminating some of the end curves the chain would constantly catch on your clothing and it would be really annoying.  It took me a long while to get the chain to the point where I was satisfied that it wouldn’t catch. As a consequence this bracelet is 5 billion dollars and cheap at half the price. (Does anyone even know what that means … )

As well as sanding I used my flat nose pliers to push the end flatter to the middle part of the link and that seemed to work quite well. I was thinking of balling up the ends of the wire next time to see how that turns out but I’m not sure if I’ll like it as much.

Stay tuned, I can feel in my bones that there’s more link excitement to come.

Here’s B beginning her second day at work. 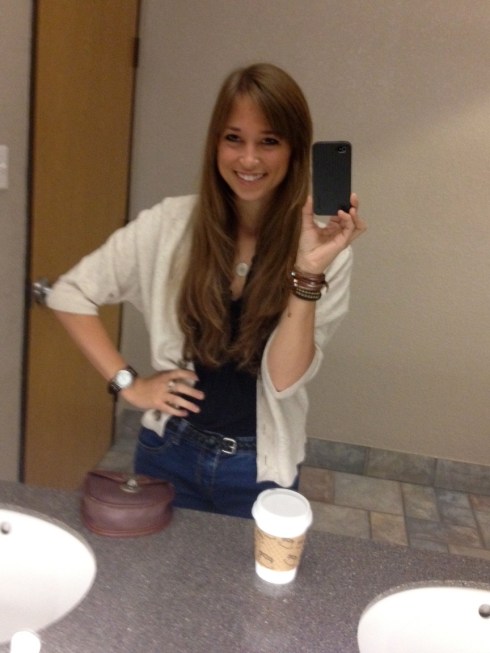 And no, her desk is not in the toilet. At least I don’t think so …

that’s what i think 😉

Wow. Beautiful links! I might have to try those out…

you should 🙂 it’s really nice to make your own chain.