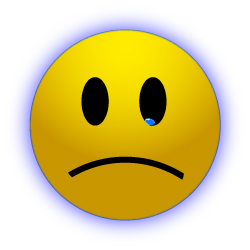 And yes, K, this is exactly how I feel.

So, in a nutshell,

I’m going to this wedding and it’s in Spain, and I just can’t get my head around what I’m going to wear because I still haven’t lost the weight I would like to lose, and so I don’t want to go, but, it’s my brother in law’s wedding and I like him, and I like her, and they’ve asked us to be witnesses, which is an honour, but I’d rather be dead than wear anything other than my jeans and black t shirt which have been a staple for years now and I don’t think I’ll be able to get away with that in Spain and at a wedding … (breathe).

And, when I say staple, I mean staple. I don’t think I’ve even seen my legs.

Now, this is a problem for me. A BIG problem. I mean, would you go to your child’s wedding in jeans and a black t shirt? No. Which means I can’t either. I’ve told all three of them that they would be happier, believe me, to just run away somewhere, get married, then come back and tell me.

But, I don’t think that’s going to fly.

And now there’s this wedding – in Spain.

Now, I’m not that heavy, really I’m not, and I’m not that vain. But, it’s a kind of body dysmorphia thing. You know the one where everyone else looks great except you. In fact, you think you look hideous, and not just in a, what was she thinking, kind of way, but more in the Hunchback of Notre Dame way. Sorry Hunchback.

And, when I remember to think about this, I’m miserable.

I can get by with it most of the time as I don’t have to go out. I can go to my studio and ignore myself. But, I feel really uncomfortable doing most other things – especially weddings. Why do people have to do that? It just messes me up completely.

So K, who studies health and nutrition, said she could help me. I thought that by losing a few pounds it would help me to start getting over this whole what the #*^^’s wrong with you problem, and, when she offered her help, I thought, how hard can it be …

As a nutritionist, I imagined she would say, O.K. eat a bit more of this, a little less of this – I was even ready to go to, a lot less than this, but I should have known.

No. Don’t talk to me about it. I’m not listening. It’s already annoying me.

And, there you have it. My only comfort in life, gone. Snuffed out with two simple words – no dairy.

Here is my lovely new cup. 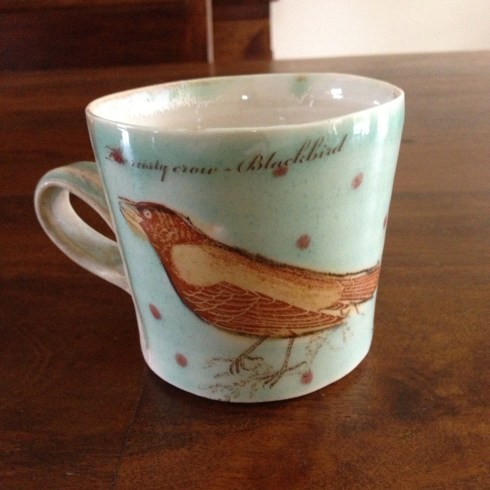 It’s the end of the world as I know it.

And K, don’t you mention the C word again..

First day: Thick head. Depression (probably because I feel sorry for myself and don’t like being told what to do). And, this morning –  the second day – aches and pains down the outsides of both legs, and, if I might say, buttocks.

If I die on this K, you’ll be hearing from me …

from their website…The only way this will work is if you give it the full thirty days, no cheats, slips or “special occasions.” This isn’t Whole9 playing the tough guy. This is a FACT, born of education and experience. You need such a small amount of any of these inflammatory foods to break the healing cycle – one bite of pizza, one splash of milk in your coffee, one lick of the spoon mixing the batter within the 30 day period and you’ve broken the “reset” button. You must commit to the full program, exactly as written. Anything less and we make no claims as to your results, or the chances of your success. Anything less and you are selling yourself – and your potential results – short.

It’s only 30 days.
It is not hard. Don’t you dare tell us this is hard. Quitting heroin is hard. Beating cancer is hard. Drinking your coffee black. Is. Not. Hard. You won’t get any coddling, and you won’t get any sympathy for your “struggles”. YOU HAVE NO EXCUSE not to complete the program as written. It’s only thirty days, and it’s for the most important health cause on earth – the only physical body you will ever have in this lifetime.

it is a beaufitul cup! Fill it with coffee or tea and add a splash of coconut milk! is that the C word?

I feel your pain. I’m quite sure I would die without dairy. Good luck.