Last night Robert Downey Jr. looked away from me with abject disdain because I failed my history exam. He was my professor, I was at university, and, for the second year in five, I had flunked my exams because I hadn’t been to class, read the books, written the essays, etc. etc. etc. Same old, it’s too late to fix it, scenario.

And that, people, is what watching the Iron Man 3 trailer can do to a fragile mind

You have been cautioned. Watch at your own peril.

So we went to see a movie, and as no one could make up their mind between – aliens, bank robberies, terrorist or the tried and true psychological thriller, we let P decide, and terrorists it was (see here). (I would have gone with the psychological thriller, but that’s just me). I enjoyed it insofar as it satisfied my need to beat the c*^p out of something, but really, the whole time I was in the cinema I felt really anxious. Was the guy sitting next to me – the one with the creepy, fired up body language – going to get out his gun and shoot us all. I’d be the first to go of course, and I still have to fold the laundry – so unfair. Because that happens now, and when we go to see these movies that get us all riled up and defensive I really believe it changes us. Even I don’t want to buy a Kia now because we have to shun Korea (O.K. so Kia is South Korean, not North but you get the point). Just in case you didn’t, the point is – what’s that about! It’s not cool is what it is, and it’s not the someone I want to be, but it creeps up and gets us, and before we know it we’re those people we don’t understand. You know, the ones full of hatred and fear and anger.

And then there’s the, let’s get a quick laugh in, lame jokes while our heroes are standing over the wasteland of (their own) dead people. I don’t know, but to me that just seems to make a mockery of – well, humanity really.

I don’t usually feel this way. I enjoy a good, beat ’em up, action movie as much as the next person, but I did wonder if we wouldn’t benefit a little more from watching a multicultural drama that perhaps showed more of our traditions and way of life so that we could better understand each other rather than the same old, us and them, storyline. The world’s a pretty interesting place after all.

Perhaps I’m just getting old. Man! Just another thing to add to my Monday woes …

O.K. shake it off people. Time to lighten up.

Update on the painting. 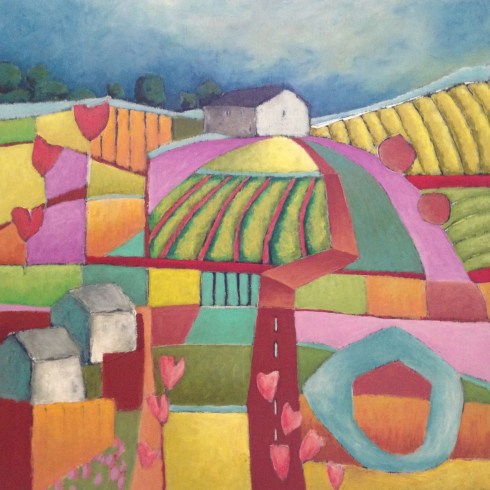 O.K. now that I’m looking at it here – what are those love hearts doing? They need to get out of there quick before I go over to the other side completely, and those two houses down bottom. Hideous.

Did I ever mention I have trouble finishing anything? Or liking it come to that.

Here’s one waiting for its next step. 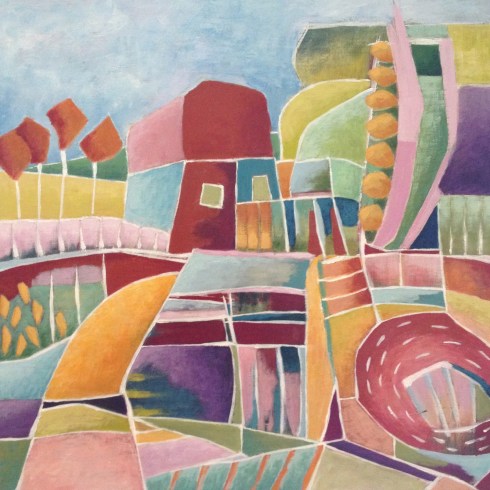 Let’s see how long it takes to ruin this one.

And here’s that one I started a couple of days ago.

It’s kind of in its, naaah, stage. Like – what exactly was you aiming for with this one? 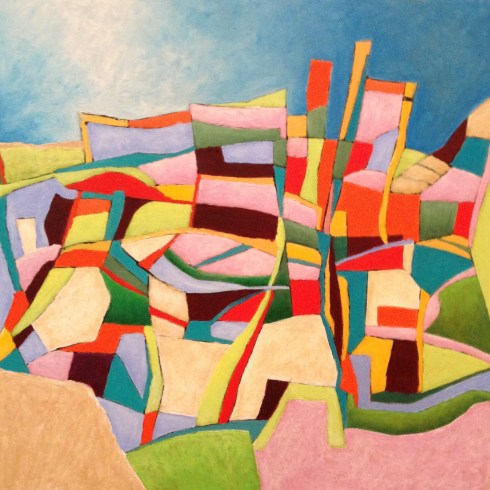 And here, we have the beginnings of a new one. 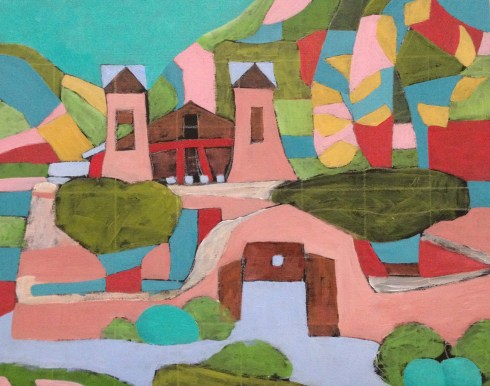 Is it time to throw away the brushes again, is my question.

So, today I am going to clean all my jewelry in preparation for the upcoming art festival.

Strange how sometimes something pops up when you’ve just finished writing your, moping about wallowing in the negative, blog post that’s just the ticket.

Your blog post just reminds me how complex we really are as people. Sometimes I feel conflicted too. We like a good fight scene, but the world is full of violence…what to do? Enjoy your work and blog.

Thanks CJ. I’ve been browsing your blog also. You have a beautiful family 🙂