And it’s been great.

Refreshed, revamped, and re everything else that I can’t think of right now.

O.K. perhaps not exactly revamped, but I’m working on it. I’ve been thinking of going caveman again, except this time with a tiny amendment.

Only a tiny one though. 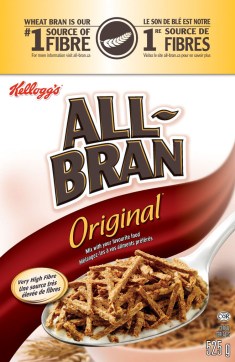 Otherwise everything goes to pot and I’m not a happy camper.

Except I can’t start thinking about healthy eating until my sister goes home, because it’s fun to eat bad stuff with company, and today is P’s birthday and champagne and pizza just don’t go well with paleo.

My dad’s been here. He’s gone now which is a bit of a shame. My sister’s still here, she’s with us for a couple more days, and we just got back from Rockport, TX, which is not my favourite place in the world, (sorry Rockport), but it was quiet, it was cooler than Houston (by like a degree, but who’s complaining), and most important, it was completely relaxing.

Except for the swooping pterodactyls. 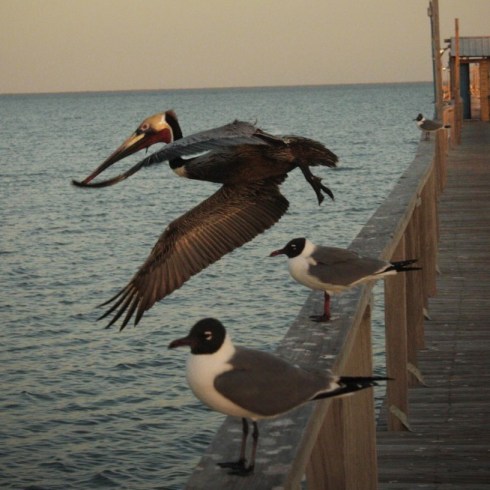 which were a bit freaky.

And don’t think those sweet little seagulls are as innocent as they look.

We threw some bread at them one afternoon and it was like a scene from Alfred Hitchcock’s The Birds.

We were lucky to escape with out lives. 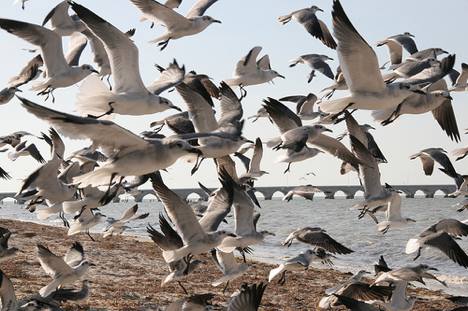 NEVER look them in the eye.

I’ve not been in the studio since my family has been here so I’ve been quilting a piece that I’ve had hanging around for years, and aside from sweating to death under a heavy blanket in 90 degree weather, I’ve really enjoyed it. Except now I have a quilting injury, which might not look so bad to the uninitiated, but when you poke the eye end of a rather large sewing needle into the middle finger of your right hand, it really, really hurts and you get blood all over the quilt and you’ll probably end up getting a poison puss pocket on the end of your finger if you’re not careful and clean it properly (guilty) and so you have to screw your eyes up in pain and get really irritated that you’ve only got a scrappy old thimble that doesn’t work and that the shops are shut because it 9 o’clock at night so you can’t go out to buy a new one and now you have to soldier through the pain because you don’t want to stop quilting.

Why is my life so hard!

Anyway it’s almost finished it now and soon I can get back to the jewelry injuries which are far more impressive and tend to get a little more attention from the fam.

And I’m all for attention … 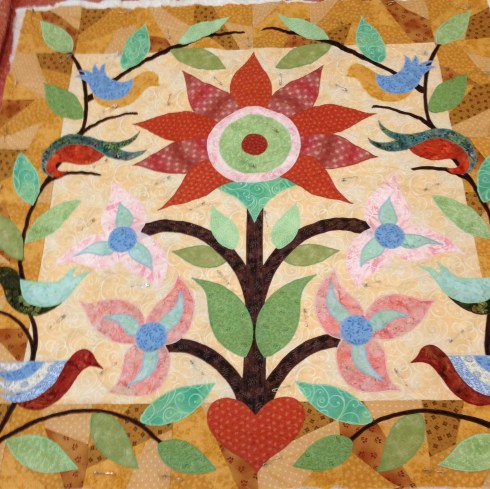