I wanted to show you this one’s progress so I started by looking at my doodles. 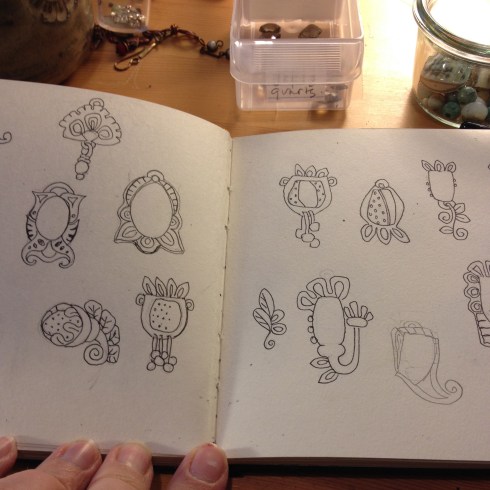 To get in the mood.

Then I found a stone and designed around it. 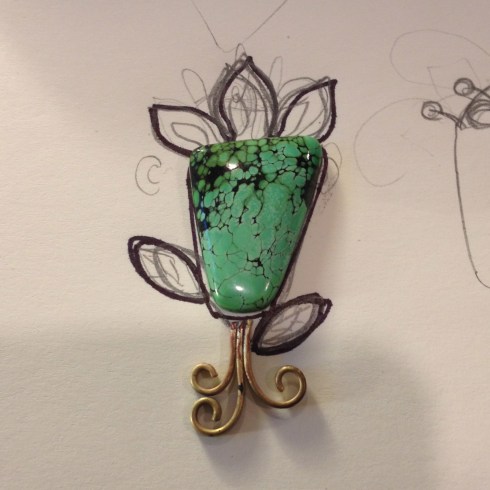 And included a little bit of the left over filigree experiment. 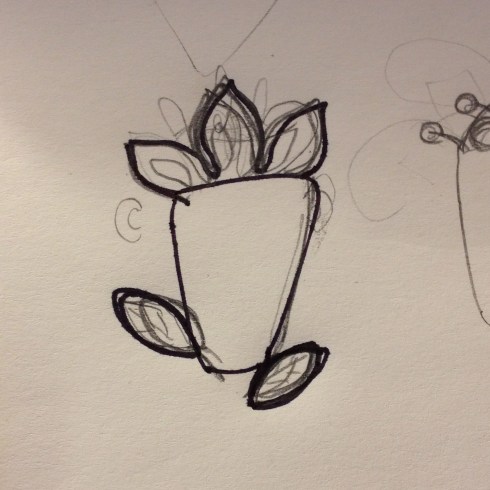 Next I wrapped the stone in bezel wire. 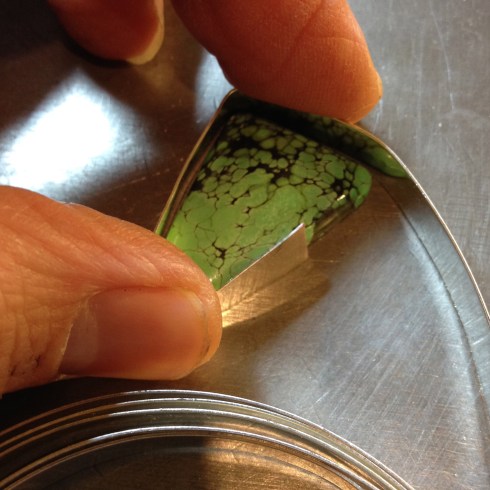 So now all I have left is to present you with this.

Today Marcos Haverbrook, Royal Jeweler to HRH Significanta Regina of the Kingdom of Spry, made this outstanding piece to commemorate the upcoming Festival of Awkward Flowers which is to be held in honour of Cornelius Audenberry III, intrepid botanist to the Queen. Audenberry arrived safely back from his latest expedition to the small islands known as The Bora Kowlandis last month and has since been documenting his discoveries with the aid of Haverbrook, and Trevor de Manous, Royal Painter. The Bora Knowlandis, which are located in the Black Fur Waters of the Jinta Ocean, is home to hundreds of extraordinarily rare botanical species, including the Green Bellied Corfunculus which has been so beautifully captured in Haverbrook’s exquisite work as seen above.

Also to be shown at the festival will be a selection of de Manous’ vivid representations of Audenberry’s field sketches. Including this one of the Startled Bee Trap which Cornelius found growing near the north shores of the third island known as Lower Knowlandis. 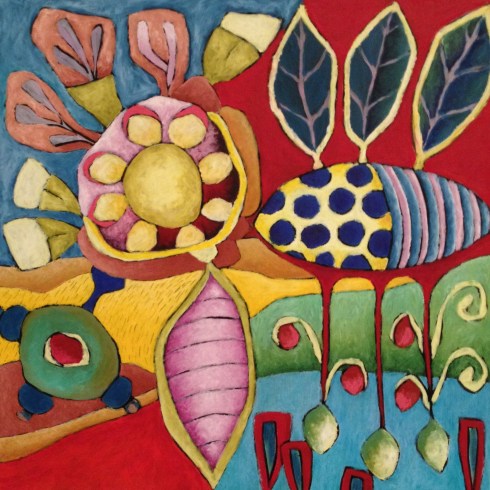 The Festival of Awkward Flowers is to be held next month in the Royal Gardens.

0 thoughts on “The Green Bellied Corfunculus”

I love this post, being able to see how other artists create is always amazing 🙂

It’s so interesting to see your process of design, thanks for sharing. 🙂

That’s so cool–the piece, the story, all of it. And I’m just like you–I get caught up in whatever I’m doing and forget to take pictures. How do other bloggers do that?!

I know, sometimes I wonder where I’ve been when I finish lol

That is amazing, one moment it’s just a stone with doodles, the next it’s become a thing of beauty 🙂

Well, I’m not sure it’s a thing of beauty, but at least the turquoise has a home now 😉