Not quite as cold as some people here in the U.S., but cold enough for me.

I don’t operate well in the cold. I tend to sit and stagnate, and get colder and colder, and more and more paralyzed.

I really wouldn’t survive the End of Days when the ice covers the earth and all that terrible stuff that happens in The Day After Tomorrow. I would just lie down in the middle of the road and die.

Probably get eaten by the starving wolves first.

And then, the very next day, the sun would come out again and melt all of the ice, and if I’d only just hung on, one more day, everything would have been alright, and I would be warm and get on with my life and lived to see my grandchildren, and lived peacefully until the next disaster happened, at which point I would probably lay down and die again.

I’m a bit of a defeatist that way.

What is happening with the weather anyway.

We’re freezing. California’s droughting, and England’s sinking. And that’s not including the rest of the world.

I had to say goodbye to Spencer the One Eyed Wonder. 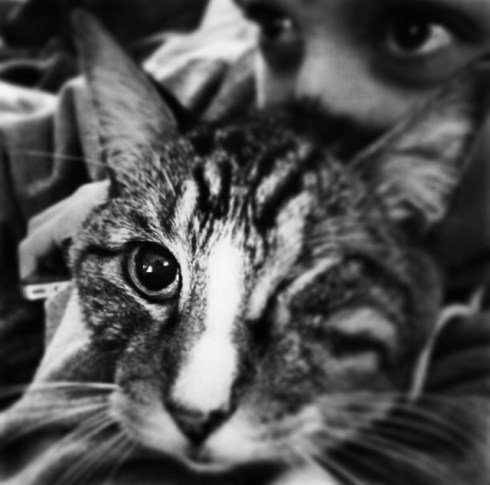 He had a good life.

Look at that eye. He might just have had one, but it was a beautiful one.

And I’ve been painting. 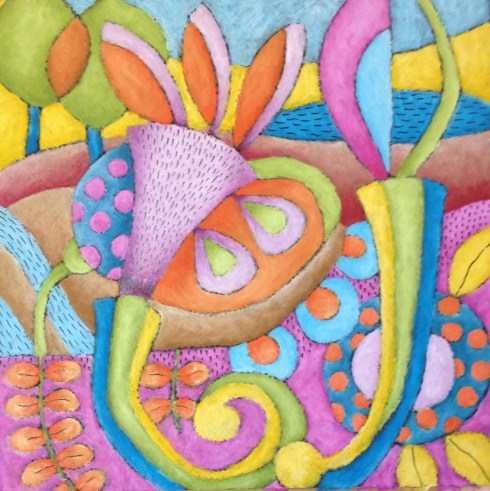 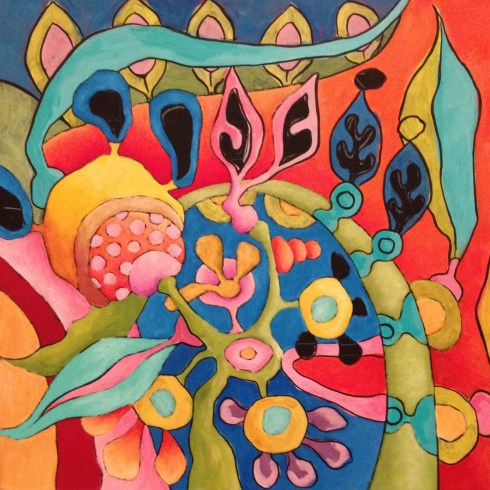 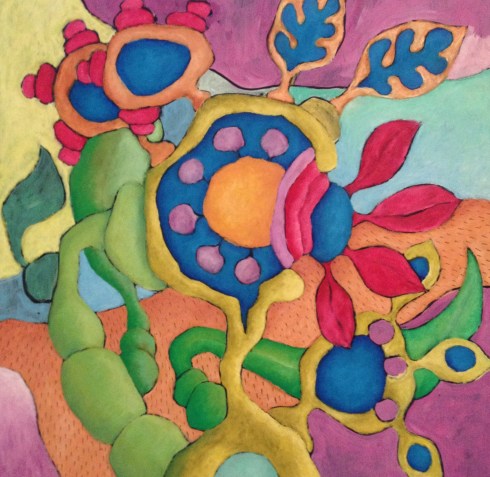 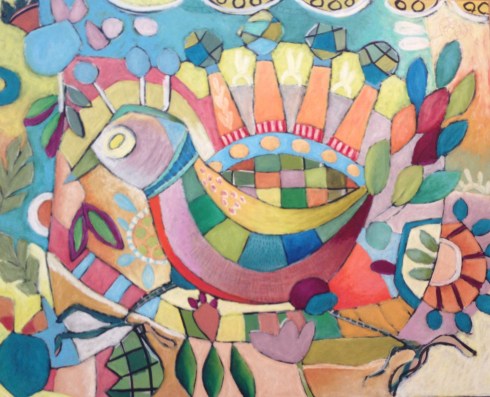 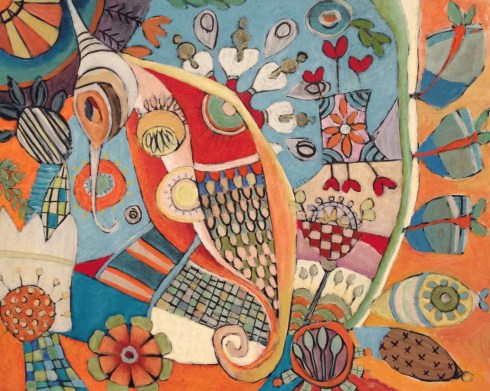 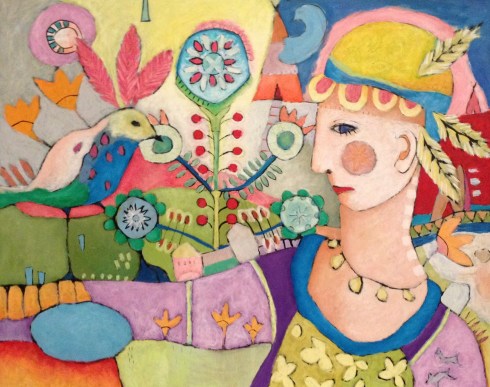 Most of them aren’t finished because I’ve given up painting again.

But look at this one by Jean Miro. 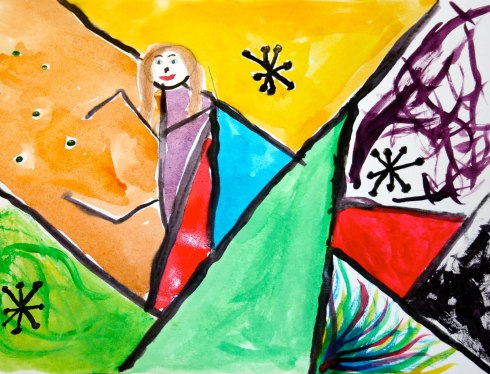 Why is this one good 🙁 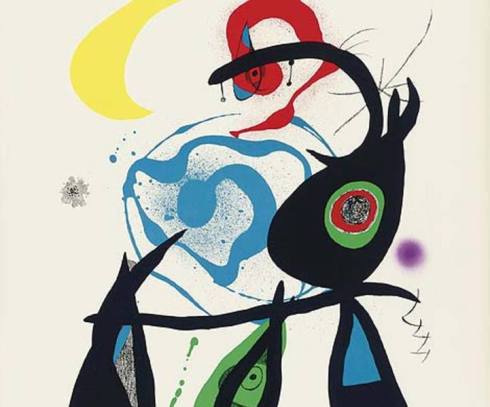 So, it’s back to the jewelry for me. 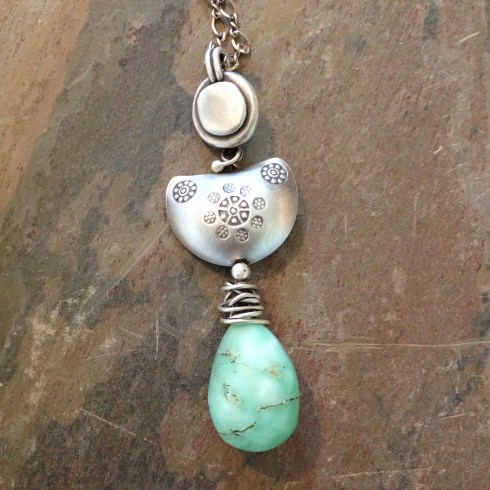 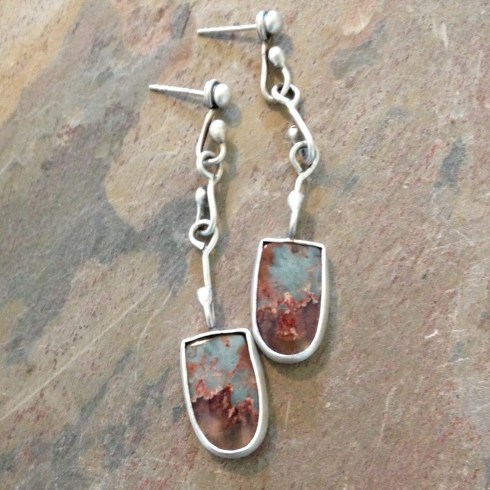 And this stone is Prudent Man Plume Agate.

If you don’t hear from me for another long while it’s probably got cold again and I’ve lain down with the wolves.

0 thoughts on “Shivering in me timbers.”

I am so sorry your cat had to leave. Was he sick? I have a Spencer too. I have lost so many – it’s never easy to say good good bye.

Yes, he had a tumour in his jaw. We’d had him for 15 years and he was a really gentle soul. I think Wally is depressed without him 🙁

Oh bless Wally’s heart. How long had he had the tumor? Did they try to remove it? 15 years is a pretty long life for a cat. I have had a few live to 16 to 17, and then I have a had a few die before the age of 4. It’s never easy, no matter the age.

No, we didn’t do anything but give him pain killers, antibiotics and lots of love. He also had a thyroid problem and was really skinny and you could see there was no point trying to operate, both the vet and I agreed that it would be too much for him. I don’t believe he was in too much pain, but eventually I knew it was time. It was really hard. A lot of wailing on the way home in the car 🙁

I know girl. Animals are like our children. In my case, they are my only children. We don’t like to see them suffer. You did the right thing. You just know when it’s time … I have had to make that same decision myself many times. Spencer is happy and in no more pain. He’ll be back. <3

It’s good to see you back! Sorry to hear you’ve been struggling, with the cold and your loss of Spencer–what a fine-looking boy he was! I think your paintings bring color and whimsy to these bleak winter days!

Not to leave any misunderstanding. I live in Houston TX and really the cold weather would be laughable to most normal people. I think we had one snow flake. I really feel for those in the north east and the other places hit by the snow. I can’t imagine it. Also I’ve just been checking out the U.K. on the BBC. The flooding and gales are awful. I should perhaps stop being such a drama queen 😉 Still don’t like being cold though …

It’s all what we’re acclimated to–we’ve been getting excited when it’s hit the high 20s lately–warm! Pretty soon, you’ll be posting photos of your garden!

Sorry about the dear cat, but you did give me a chuckle with the cold story. I really like the paintings. Just so fun and cheerful.