Christmas was different but good.

It was the first time we didn’t have it at our house with just immediate family, so that was a bit strange, but still nice.

We got to meet a lot of people we didn’t know. Like at least fifteen of them!

There were twenty odd of us all told, give or take a kid, stuffed into the smallest house possible.

Good job I’m older now and not as shy otherwise it might well have done me in completely.

And so yesterday I took a moment to myself and went into the studio. I don’t think I’d been in there for about a week.

I almost forgot how to get there.

So I did some more to this. 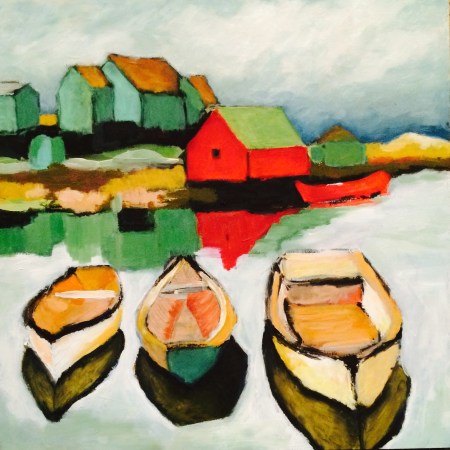 I’m liking the mirror finish on the water.

This time around I used oil paints over the oil pastels.

I don’t know if you can do this, and perhaps the painting will spontaneously combust when I’m not looking, but I decided to chance it non the less.

Living on the edge people…

I did the same to this one and I’m quite liking this one too. 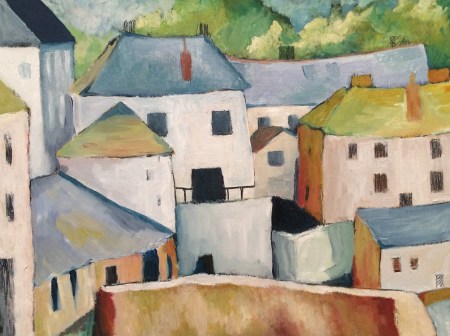 The one below is on canvas instead of board.

I prefer board as I’m not keen on the texture of canvas and it doesn’t seem to take the paint as well for me.

But I think that’s just me.

Everyone else seems to get good results on it.

The next two were worked on before the Christmas shut down.

This one, was remarkably orange when you last saw it. 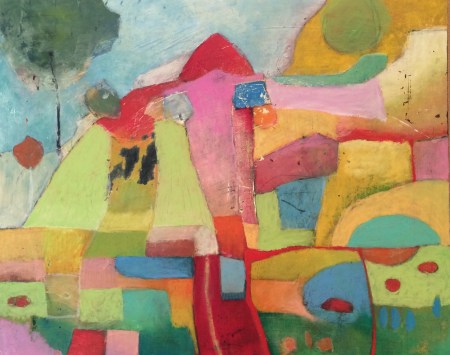 And this one is of a field of Triffids in the Rolling Plains of the Lower Kowlandis. 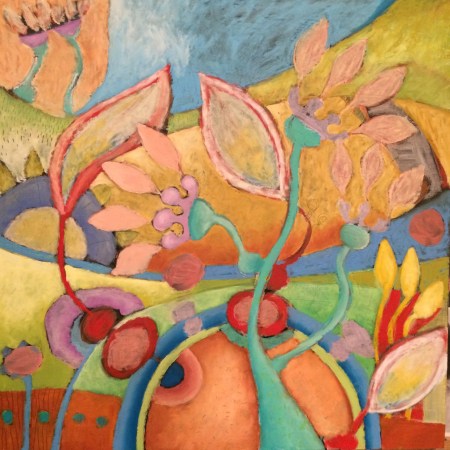 Actually it’s a bit too hilly to be rolling plains, but we’ll go with it for now.

I’m still working on them all, as well as the five thousand and sixty-three others hanging out in the studio, but they’ll all have to wait now as I leave for the mother land tomorrow and have still to organized myself.

I just found out that my green card expires at the end of the month so I’m lucky as I’ll just about make it back into the U.S.

Nothing like checking out these things before you decide to travel is there.

I didn’t even think to check my passport, but fortunately P, being the only executive in the house, had it all under control.

Except I thought executives had peeps to do all that organizing stuff for them.

Most likely no one will work for him…

I’m sure it would have been o.k. though.

You can get all the paper work done on-line now and Spud is always willing to help out. 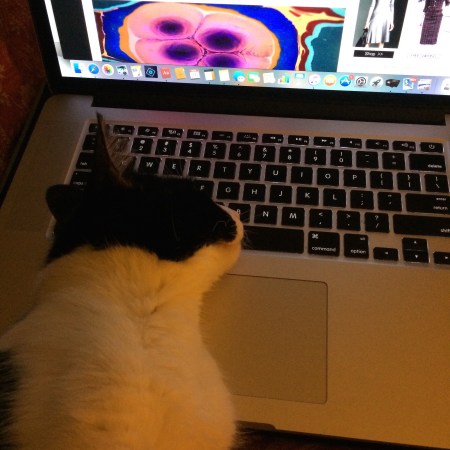 Except here we see her lying down on the job.

To be fair I think she’s become hypnotized by the psychedelic painting on the screen.

I’m thinking of changing up this one because I can’t decided if I like the stone combination.

And I think that’s a piece of Royston Turquoise 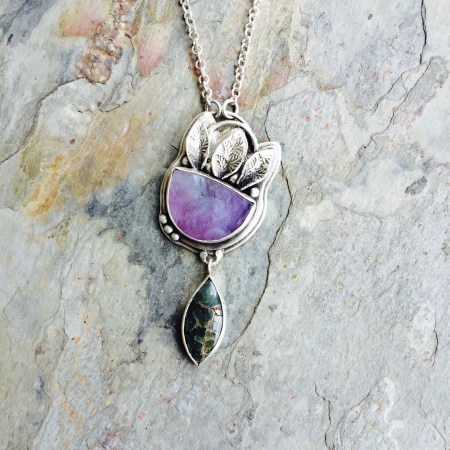 I can’t remember what the lavender stone is right now.

And I also made this one (below) which I quite like.

This is a nice piece of turquoise also. 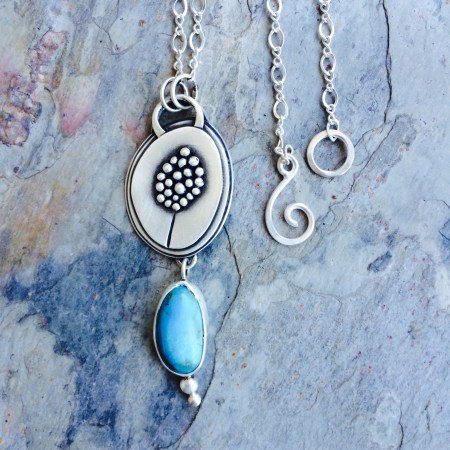 And so all that’s left for me to do is leave you with Nutmeg, who doesn’t quite understand why the orange seems to be bigger than her head. 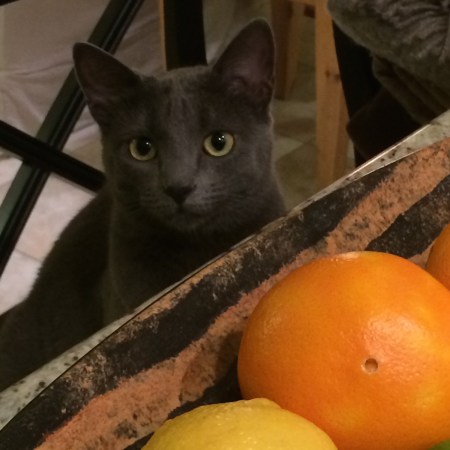 And Wally contemplating the bananas 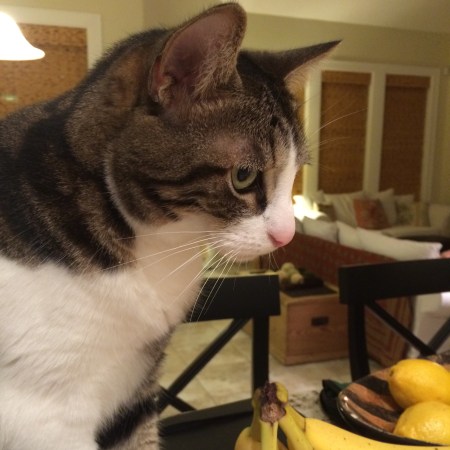 And Pickles who has definitely eaten all the pies over the holiday. 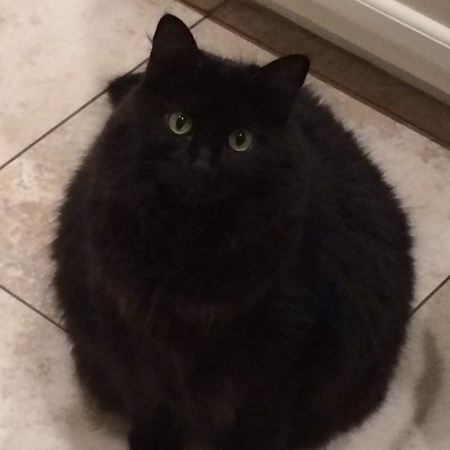 Save yourself girl. Eat more fruit…

And so I wish you all a Happy New Year – when it comes to you.

I’ll see you on the other side…

One thought on “Just a few updates before I head out east, over the horizon to the home land…”

Hope your trip has turned out nice. Love those painted triffids… they are related to your jewellery. That clasp on the last piece is so well made! (I do like the rest of it too, wonderful contrast of the white and blackened silver.) And you must be spending DAYS making chains nowadays!
Just popping by to say I finally posted that Christmas present bone piece (the weird one) I worked on for an entire Sunday some month ago (and now I can’t find that discussion no matter how I search). (On pearlsandme.fi, in case this reply doesn’t show the link automatically — this box looks different again, like it was working like it used to, recognizing my WordPress account, but you never know…)
Happy New Year!