So I finally got around to starting up the new ol’ slab saw.

The one I got after my dad died because I got to thinking why does anything matter anyway so why not.

O.K. so I think maybe you might be getting the new ol’ slab saw a little confused with the other new ol’ thing I got because my dad died. 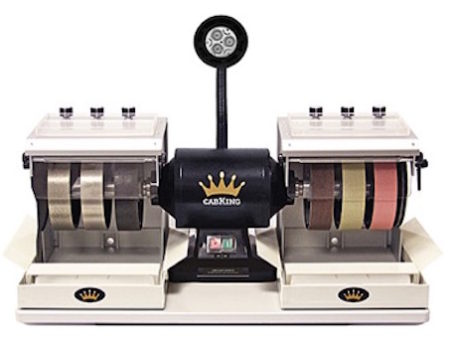 And perhaps I completely forgot to tell you about the new ol’ slab saw thing.

So here it is.

The new ol’ slab saw thing in all its glory 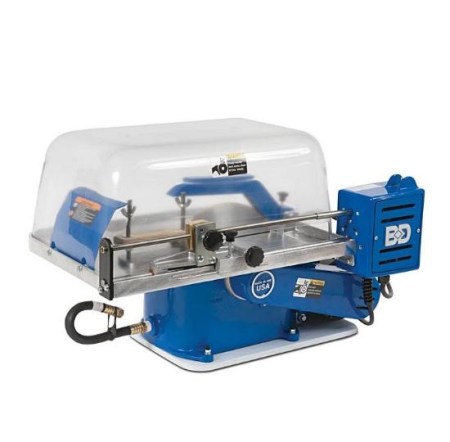 I refuse to feel guilty about it.

Except for just a little bit.

Anyway I’ve had it for a while now and have to admit to having pretty much ignored it as it’s sat there in its corner looking all important like.

Not because I was intimidated by it or anything.

If you know what I mean…

But yesterday was the day I faced my fears…

Except I had just a little trouble understanding the concept of when a socket is a socket and not a socket trying to protect the world from catching fire.

You know, that old chestnut…

I’d bought my new ol’ slab saw a ground fault circuit interrupter because the instructions said I had to and as I have an inordinate fear of authority of course I did.

I also bought the saw the mineral oil it needed to run on.

So with all the instructions read and everything set up just as it was supposed to be I plugged the interrupter into the wall socket and the little light came on which to me, and call me old fashioned if you feel the need to, indicated that the thing was working and ready to go.

Not a thing happened.

After all that anticipation and all.

I had to irritate myself by asking P to come in and tell me what was wrong with the darn thing and who knew (except for P damn him), that apparently the little light in the interrupter box meant danger danger Will Robinson and actually had to be off for the thing to work.

Since when did a ready steady go light mean everything was dead and wouldn’t work even if you did give it the death stare while shouting swear words at it!

So after P had given me the ol’ sideways, omg really? look which, you’ll be pleased to read, I deliberately ignored, I got out a rock and cut away.

O.K. so only after having to drag P back into the studio two more times to explain some other little tricky bits to me.

Here it is in action. 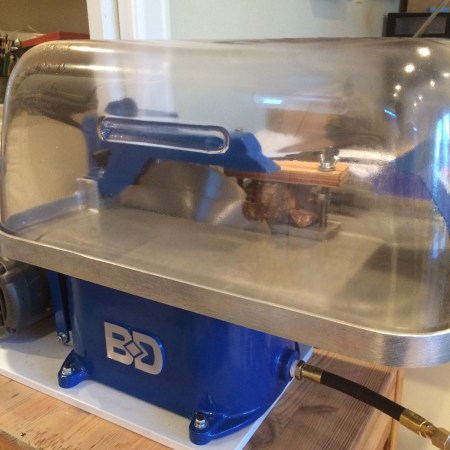 AND it does it all by itself… 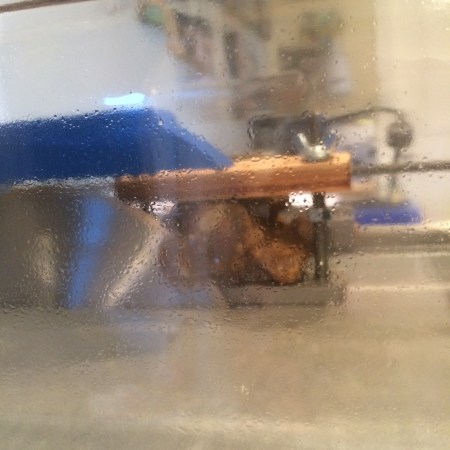 So you can get on with other things while it does its magic.

So guess what I’ll be doing today.

As I was preparing myself for this first brave step into slab cutting and toying with just leaving it in the corner for another week, I started another painting to take my mind off it.

But after biting the bullet and cutting two small slabs, which it did very quietly I might add, and rushing inside to show P my new lovelies it became evident to me that my excitement over conquering the fear of death by slab saw wasn’t going to elicit any amazement out of him. Nor Spud come to that. 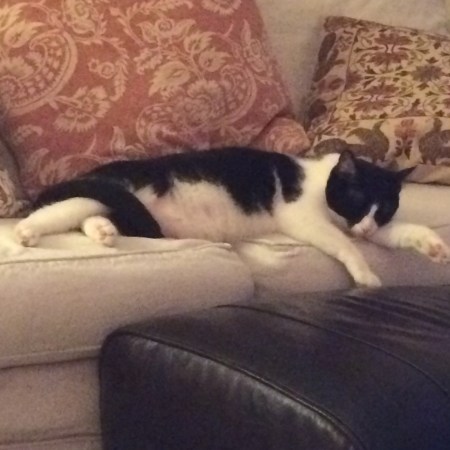 And Nutmeg couldn’t raise a curious eyebrow to save her life. 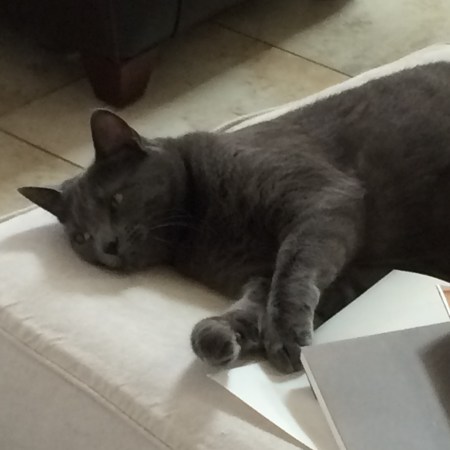 They just ain’t got no joy…

Bravo!! Isn’t it so good to conquer equipment–and automated even! That thing looks like you could handle Ebola virus in there without fear. Can’t wait to see your new cabs!

I know! It’s amazing how you can look at it with trepidation one minute and be using it one handed in the next. By the way, I love it. Now I just have to get the technique down right.

I would like to show you the rusty monster I’ve used at class — it is so dilaptidated you suspect it’s from the old Soviet… but it worked well enough, strangely!