When the gauge gets down to around 4 on the regulator thingy I start to get anxious.

The inevitability of having to drive that bottle down to the shop one more time and bring back a full one starts to weigh on my mind and every time I light the thing up I know I’m just a little bit closer to the end of the world.

I’d have it delivered if it wasn’t for the fact that I live in the Stepford Wive’s neighborhood.

They’d probably have a committee meeting to throw me out if they knew the goings on in the studio.

I think I’m safe though as I’m pretty sure they think I’m the house cleaner.

So today I could paint. I could make some non soldered pieces – I’d like to brush up on the old cold connections and work on some riveting.

I could clean the house.

I think, however, it’s going to have to be the cinema.

Bourne has been waiting for me and I hate to disappoint him.

Yesterday we went to the Summer Chills here in Houston to see Agatha Christie’s, The Spider’s Web.

I love going to the theatre, and I especially love it now as we make a point to go see these summer murder mysteries with all the family.

Except S hasn’t been around for a while.

He sayyys he’s working in his namesake town, Stephensville, but how likely is that.

I personally think he’s been kidnapped into slavery again.

Or he’s working undercover to throw down some huge drug ring in the middle of Texas.

Negotiations have obviously been thwarted if it is abduction, however, as first he was to come home the end of July, now he’s to stay there through September.

They let him answer his phone occasionally so that’s kind of them. Most of the time though we don’t hear a peep out of him.

Here’s his picture so if you see him would you alert the authorities. 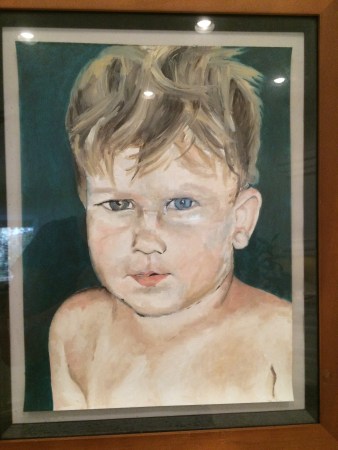 Although he’s grown a bit since then.

Like 20 odd years, but I’m sure you be able to pick him out in a crowd…

I haven’t done much since we last met. I made the simple things a simple bracelet. 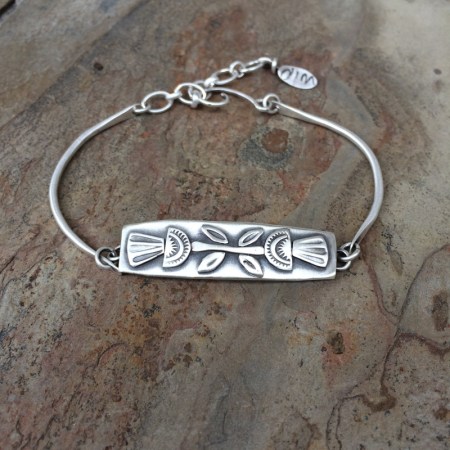 I’m quite pleased with the simple things except they take me ages to make as I’ve to cut each piece out individually.

I started on another oil pastel painting.

I’ve decided to call these paintings Happy Art, because they’re not really real art, but make me happy.

Although I think I prefer the black background.

Maybe I’ll work some more on this today.

LOL. Your triffid is much lovelier than mine. Might have to take a photo of ours to show you 🙂 And they look like the friendly big cousin of Mr Wyndham’s; the one that takes you by the hand to the sweet shop; rather than the big boy down the street who lock you in the unlit school toilets with the rats and the big spiders
(just me?!)
Sent you a piccy via Instagram, and today’s WP blog is an homage to you x

Ha. I hadn’t noticed your blog. Yes, mine would definitely take you to the sweet shop, and then out the back to show you his ‘special’ sweeties. We all know what happens next. dum dum dum…
Couldn’t find the pic on Instagram.

hahaha!! Now you have made me think of Mr Benn (not Tony!) and the dressup shop. This could be dangerous! I put a pic of the cabochons on my blog. Dunno where that Instagram DM went; it’s not important or exciting; I only wanted to show you how much you have influenced me 😉

Oh yes. I saw the cabs. They’re huge 😉 Nothing like starting big…

I started smaller, but failed!!

I always love the colorful triffids, but the one on the bracelet is quite nice too.