O.K. So perhaps I haven’t really been gone. Except to the land of    Complete. And. Utter. Boredom!

I’ve been bored and lonely as P went to England again – without me (again), and I was left behind with only the cats for company. And Willow.

Who’s been a nightmare.

I’ve taken her for walks. 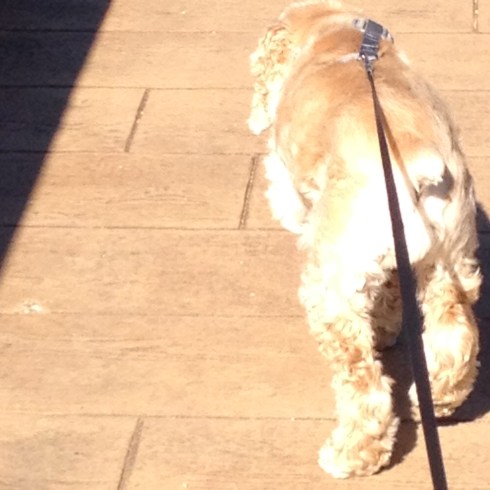 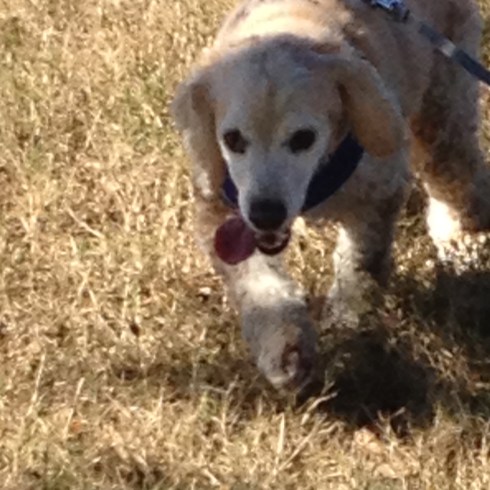 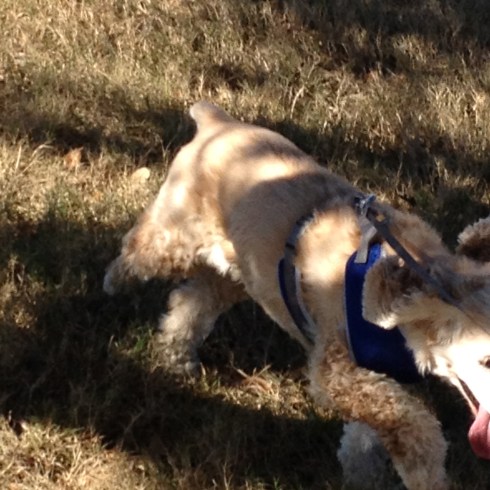 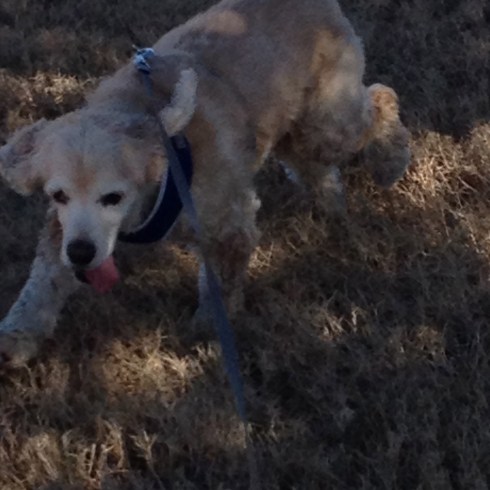 (She was a bit hard to catch with my super photography skills being hampered, as they were, by my also needing to hold onto the leash for dear life.) 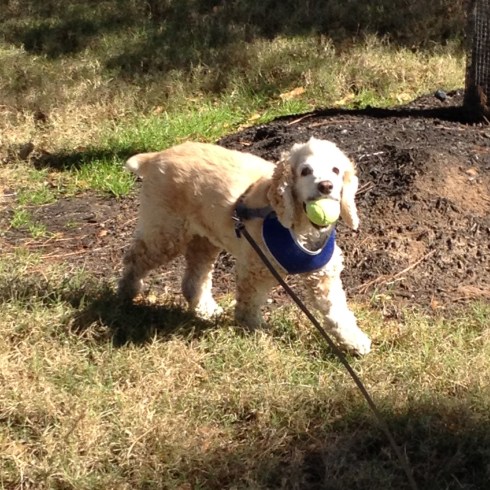 Oh yes, she looks all innocent here with her, look at me I’ve found another tennis ball to add to my collection pose, but, let me tell you, in those peaceful and joyous recreational times I nearly took a dive in the ditch with the snapping turtles, (that have grown rather too big and ferocious if you ask me). Involuntarily chased all the ducks on the planet. Been almost very nearly killed by a very sweet, calm, and extremely beautiful killer husky type something or other dog. (O.k. maybe that was the other way around). Had several touch and go moments when Willow decided to also try to kill all the other dogs in the neighbourhood. Listened in anguished humiliation as she barked at everything that came within five hundred and fifty three feet of us. Watched as she very nearly choked herself to death until I wised up and bought her a harness collar, and finally, was completely mortified when she terrorized two sweet little girls playing with their huge and rather ugly doll by the lake. Hopefully they were trying to drown it so that they could plead sorrow and entrap their parents into buying them a new, not quite so Chucky-like, one. Or perhaps something more practical even, like a light saber, or the Holy Hand Grenade, to ward off freaky, go for the throat, Willow dogs in the park.

0 thoughts on “While I’ve been gone.”

I miss you, but I am so busy doing my public school teaching job. Stress. Stress and more stress is what I am dealing with. I’m on a contract so got to finish this. This summer looks good. Beth

Sent from my iPhone

Oh, good! You’re back–was just wondering where you’d gotten to! I guess it’s a good thing Willow is so cute, if she’s going to be so naughty–hard not to forgive her, with that sweet face!