Was the art fair.

The weather was perfect.

Which is unusual to say the least. It’s usually hot as hell, even though it’s near the end of October.

Here is my booth. 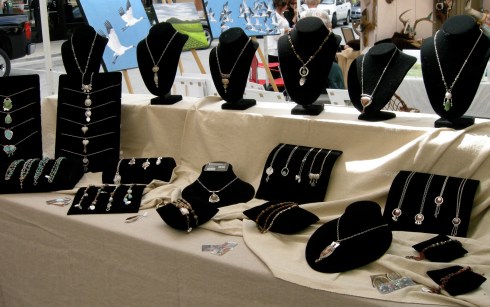 Every year, well twice a year really, after I pack up from doing this fair I swear I’m going to re vamp my booth for the next time. 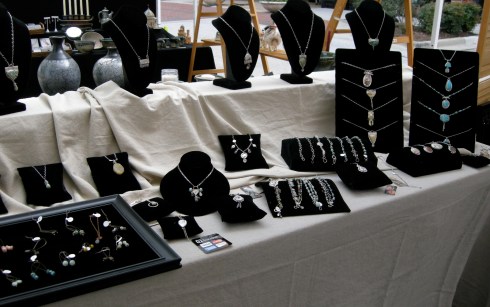 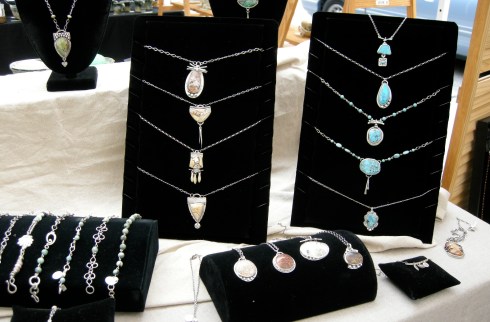 Something that looks like I know what I’m doing. 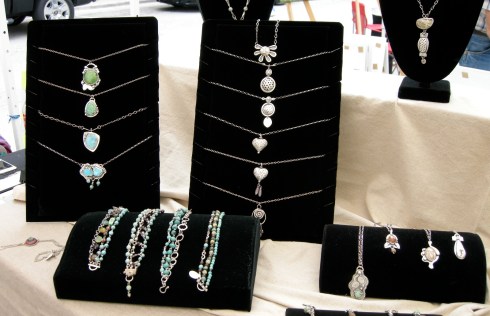 And looks as though I’m serious about doing it. 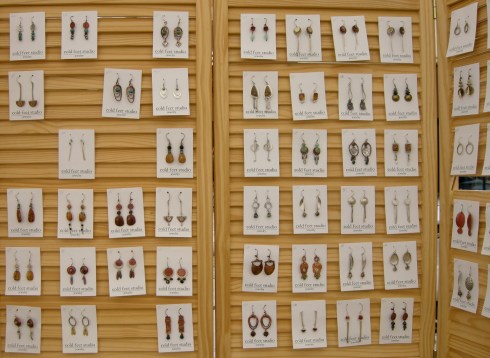 I did do something different with the earrings but the rest will just have to wait for next time now.

I’m not holding my breath.

Here’s my friend Nicki’s booth. She’s an old pottery friend of mine and it was the first time since we’ve both been doing this show that we were placed next to one another. 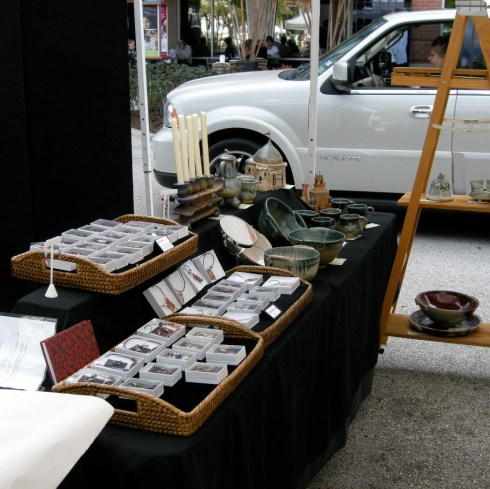 Of course, I had to buy some of her bowls … 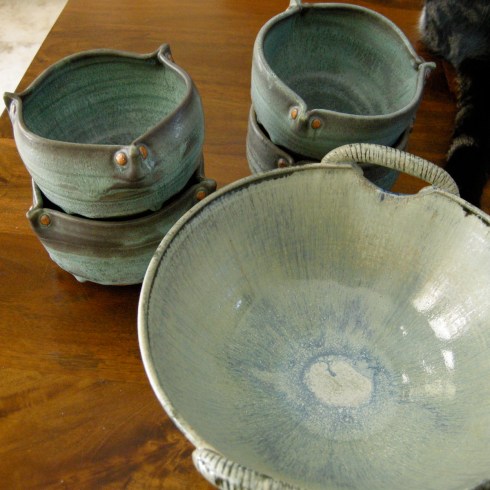 All said and done I made $1,000 for charity even though it was really, really slow in the morning and I thought I’d never get beyond selling two pairs of earrings.

Getting rid of my stuff means I can make more 🙂

Your booth looks great. And I can see why you had to buy those bowls — cute!

i know, i have quite a lot of her pots now 🙂
and, thank you, the display did seem a little better this year.