After Dracula I had decided on either Rebecca or Anna Karenina, but when I listened to the preview readings of the audiobooks I didn’t fancy either of their voices so I search around aimlessly until I came upon South of Broad by Pat Conroy.

Bit of a difference I know, but work with me here.

I think everyone must have seen The Prince of Tides with Nick Nolte and Barbara Streisand, but I hadn’t ever thought about anything else he’d written until I listened to an interview he gave on the Diane Rehm Show on NPR. He was talking about his book The Death of Santini and I was fascinated, until I forgot about him again.

As I listened to the preview of South of Broad I was hooked.

What a warm, relaxed feeling that Southern accent gives. I could listen to it all day. I don’t know if Mark Deakins who narrates it is from South Carolina, but who cares…

And the words, in the sentences, that make up the paragraphs.

What can I say.

I’ve nearly finished it so I’m sure now I’ll have to go through and listen to them all.

You may never hear from me again…

I’ll be on my veranda drinking cold lemonade with my audiobooks.

If only I had a veranda.

Not a lot going on in other news except that I have just found out that I have asthma. Turns out that instead of keeping me for two days in hospital and signing me up for five thousand heart tests when I went to the doctor with the heavy chest and shortness of breath feelings, they should have just looked more carefully at the chest x-ray they took when I first got there.

But at least now I know my heart’s O.K. and that, as P points out, they actually found one.

At first I laughed when the pulmonologist told me as asthma was the last thing I expected to hear, but of course then I thought that he had also got it wrong and in fact I have silicosis which he had overlooked in favour of the lesser deadly disease because I don’t look like the silicosis sort.

I started preparing myself for the inevitable lung transplant.

So when I went back to the doctor after having the ‘breath tests’ which the man kept referring to as ‘breast tests’ (was it just a lisp I asked myself or had the v-neck of my t-shirt got stuck around my waist again?) we had the, ‘ So, how do you know exactly that it’s not silicosis because you know I work with clay and other fraught with danger chemicals in my studio’, chat.

He said that I didn’t have silicosis.

I questioned him again, just to make sure.

He could have left that last bit off because of course that means there’s still a chance that I could contract it in what’s left of my lifetime (I’m opting for the 40 more years version) and so my hypochondriacal self will obviously be having a field day with the possibility of contracting silicosis from now on out.

Girly you really need to get a grip.

So now I have two inhalers and some other medicine. I sometimes wonder that they don’t just give out this stuff like candy. I’m going to have to tell him that I can’t be inhaling that stuff everyday forever when I go back in six weeks.

No-one got time for that…

But I’ve definitely been more diligent with putting on the old fume extractor since.

And so here’s a new lovely.

And some new drawings for some Willow Creek Jasper. 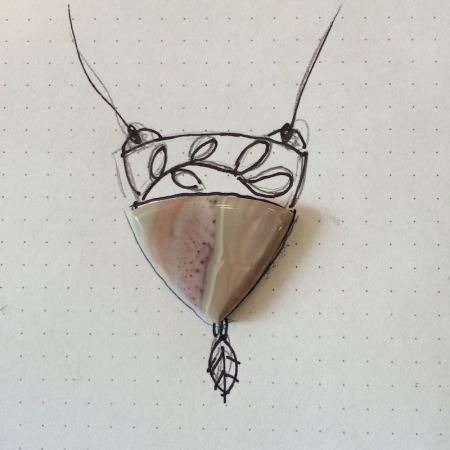 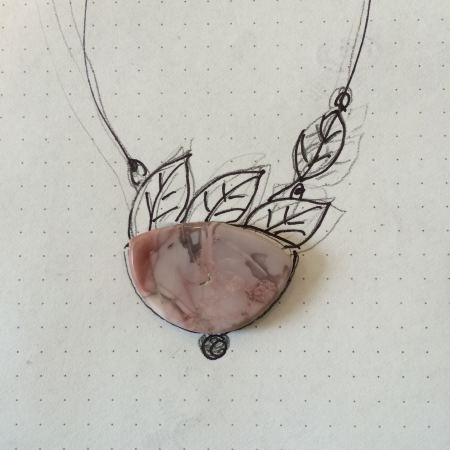 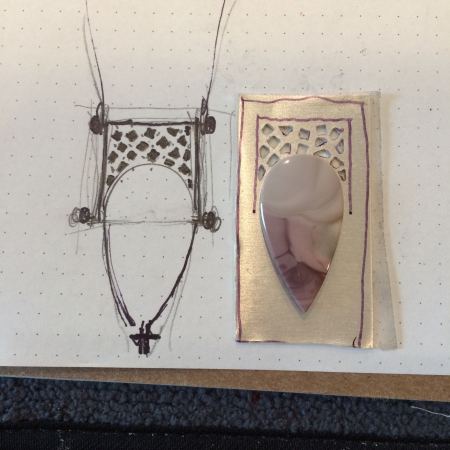 Although I must admit I’m having a bit of trouble getting excited about them.

Don’t know why, but perhaps I just need a break.

Not a pottery break. I’m too silicosis’d out for that right now.

I know for sure that I need a break from going to the darn doctors every day since the beginning of eternity.

Your ocean jasper piece is BEAUTIFUL!

Aww, how did you get that? Asthma, that is. I have it too, occasionally, when I inhale something I’m allergic to, like wheat flour, horse dandruff and the like. Maybe it’s the cats? Heaven forbid. I thought you don’t get allergic with all that year-round sunshine — so maybe not. And maybe you don’t have to take that medicine every day forever — but you have to for a start, until you know it’s under control. Then you’ll have to assess it anew, maybe cut down a bit. Actually, I had really bad, all-the-time asthma some 20 years ago after a mycoplasma airway infection. It lasted 2 years, then more or less went away, only appearing as I said above nowadays. So you’ll have plenty of time to recover before your 100:th birthday 😉
Fascinating new design of yours, the first one!

I think I got it from the dust in the studio 🙁 Horse dandruff!? I really hope it isn’t the cats. I’ve got four!

Your ocean jasper piece is great. The asthma can flare up with stress and will hopefully pass. As for the audio books, please let me know if you find a reader with a lovely Irish accent. 😉

Haha. I love the Irish accent, especially Northern Irish. My mother in law is from Northern Ireland, but sounds nothing like it after living for fifty odd years in London.

…horse dandruff, well, couldn’t think of another word for more exactly describe being allergic to horses… 🙂 It’s not like it was the sight of them. It’s the whiff, and they are so big, they shed whatever in such a big radius, even outside is bad enough. (I used to love horses as a teenager, but now I really can’t go near them.)

I’ve been wanting to comment for the last couple of weeks but was busy with shows. I did the Ann Arbor Show a week ago.Boy was it hot and humid! Outside all day….9 am till 9 PM. TOO LONG!!! But enough about me. I saw that you were listening to Pat Conroy, one of my favorite(or was one of my favorites) he died about a year ago. I think I have listened to or read just about everything he wrote. I loved Beach Music and South of Broad. He went to the Citadel which is a REAL military school and wrote a book based on it but I can’t think of the name of it at the moment. Also good. He had a real understanding of the human psyche. I just loved his work. Another wonderful southern writer is James Lee Burke. He also really understands people and their foibles .
Sorry about your asthma. I just discovered I too have asthma about a year or so ago. I have to use some inhalers. Only bothers me when I have to walk lond distances. So hopefully you won’t be too bad. Boy, I have been long winded!

No, that’s great. Peter and my sister read James Lee Burke. I really liked listening to Pat Conroy on the Diane Rehm show and agree with you about his understanding.

I hope your shows were good 🙂