Maybe not so good, but I have been trying.

I’ve been enjoying making the cuffs and up to now have used the strips that Rio sent me that one time when I messed up my order and ended up with six, 6″ x 1″ strips instead of a 6″ x 6″ square.

Always check the order form before you click submit.

I was a little bummed at the time and they hung out in the draw for a while as they seemed a little too special to use, like they had some heavenly purpose for being there, but then I decided I wasn’t going to beat myself up about it.

And so my cuffs were born.

Except that the 1″ width frustrated me at times.

Sometimes I wanted a little over and sometimes I had to saw them thinner which was fine if I was going to use the crinkle edge on them, but annoying when I couldn’t get 6″ of a perfect saw line.

I used my Jedi mind powers, I did, but there was always that one time about 3″ in when just as I was thinking how well I was doing I’d end up messing up.

Over confidence can be a killer.

So new tool number one!

I didn’t want to pay a tremendous amount for the times that I would be using it.

If I was a mass producing beast of a cuff maker – maybe.

So I ended up with this one. 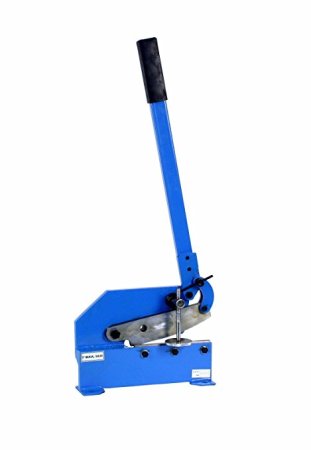 That I picked up from Amazon ,

I’ve since noticed that you can get it cheaper at Contenti, and Otto Frei has one although the cheapest one is for a 4″ cut, but I’ve got so many good girl spending points at Amazon that I ended up getting it for nothing.

It cuts like butter through the gauges I need it for even though it’s much cheaper than some of them. 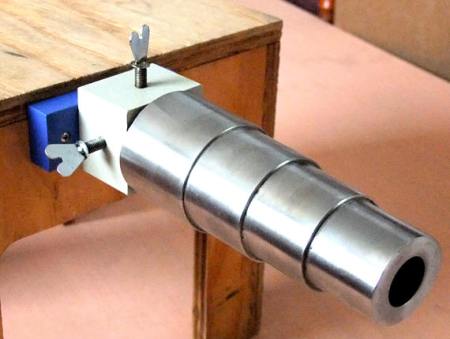 Because although I already have a mandrel I find it hard to hold and couldn’t find a bench attachment for it.

Also this one swivels.

So, there you have it.

I feel spoiled when I think about being able to get these things for myself, and I am grateful, but I have been good, promise, and just think of the damage I can do with that shear….

2 thoughts on “A couple of new tools for a good girl.”

can never have too many tools 😉