I sent my jewelry earnings to – 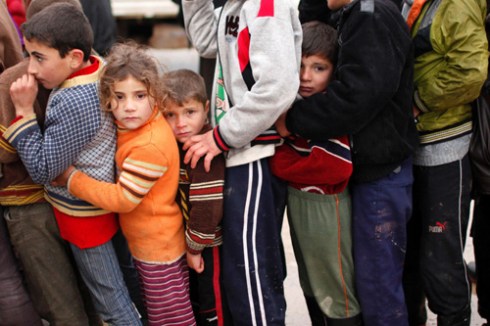 So, moovin’ on, before it all gets a little overwhelming in the, what the hell’s happening to the world, department, here are a few things I’ve been doodling.

I call this my, What in god’s name are you aiming for here then, period. 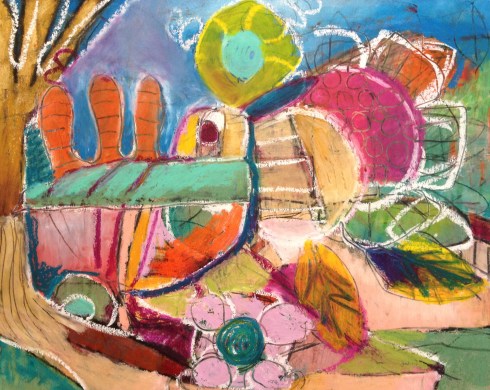 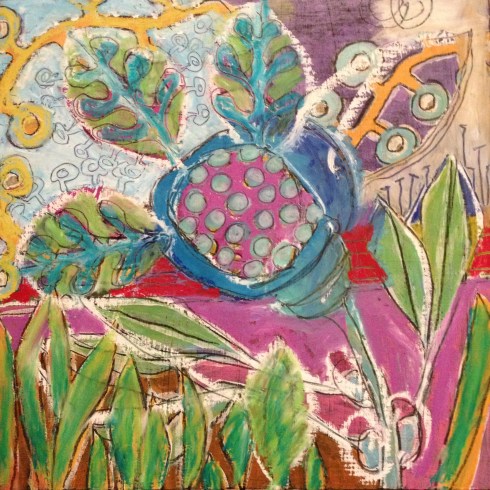 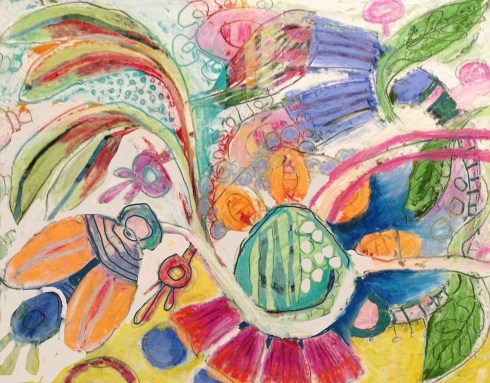 But here’s a relatively normal one. 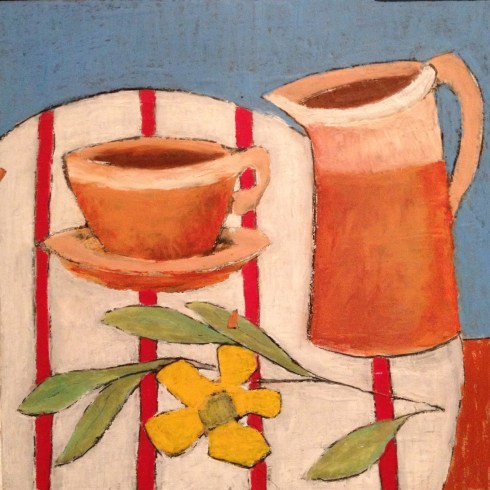 So as my trip to Spain looms nearer, my life has become more and more fraught with anxiety. Who on this planet wouldn’t want a trip to Spain you might wonder? Well, except for the Spaniards that answer would be – me.

1. I have to board an airplane. Fortunately I have been saving up my Xanax stash for just this kind of emergency.

2. Not only do we have to land in England, because that’s where all my relatives live and it would be a bit rude to go to Spain and not pop in and say hi, we then have to land in Gibraltar. 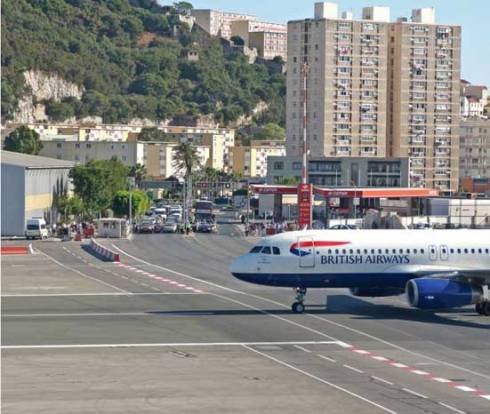 And yes, the airport does cross the road, but apparently the danger comes from the wind currents that come around that big hulking rock. 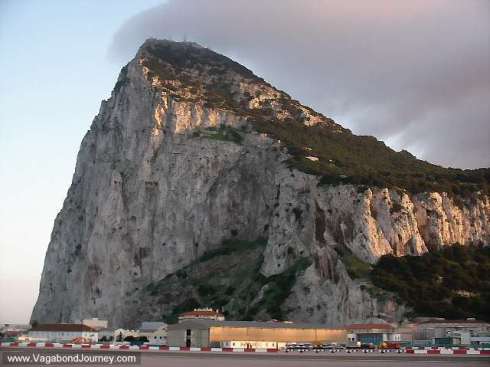 And I’m sure the fact that the runway goes straight into the sea doesn’t help much either.

After that we hire a car and go to the part of Spain where my brother in law’s wedding is to be held.

3. I have to buy clothes for the wedding.

I’m not going to go into this here, but as I’ve not been able to get out of my black t-shirt and jeans look for years and years now, this is proving to be a bit of a problem. You see, black t-shirts and jeans means that people don’t look at you, and you can move about undetected, and unbothered, and just do your stuff without having to worry about it. Weddings are not conducive to jeans and black t-shirts – funerals are O.K. however.

So, except when I’ve been ignoring the whole darn thing, I’ve been working on getting over it. I’ve concluded that I just need to bung something not black and not jeansey on, and simply shut my eyes through the whole day. If I can’t see anyone, they can’t see me – right? Oh, and there’s always the alcohol.

4, We have to fly back from Gibraltar. (Did I mention that it’s one of the top ten most dangerous airports in the world?)

5. We have to fly back from London.

This all involves landing you understand.

So, I’m off to the mall now with N who is NOT the best person in the universe to shop with as she’s as insecure as I am. I’m sure we’ll be alright, and if we’re not, there’s always the alcohol.

And here is a little picture of a happier child in need, if there is such a thing, just so I don’t leave you miserable from the Care picture above.

Don’t say I don’t worry about you.

And this creepy monk guy, 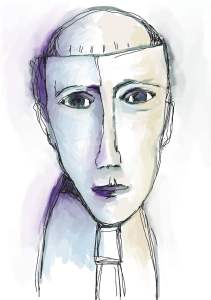 He’s worried about you too.

Oh, and here’s a picture of Wally in the sink. 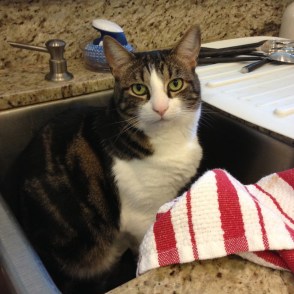 He’s worried about everything. 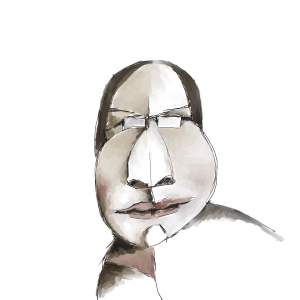 He could care less.

Goodness! I don’t know if I should laugh or wring my hands. Deep breaths – it’ll all come together. I love your art work! Wally is adorable! What is it with cats sitting in a sink. Ours does that too.

I know! We survived the first landing and I’m back here in not so sunny England. I’ve got a day or two before I really have to worry about Gibraltar.
Wally is my favorite. We have five cats at the moment (some are just boarding with us as the darn kids keep bringing them home). He’s the only one who sits in the sink and drinks from the tap. Love him. Going to miss him while we’re here.